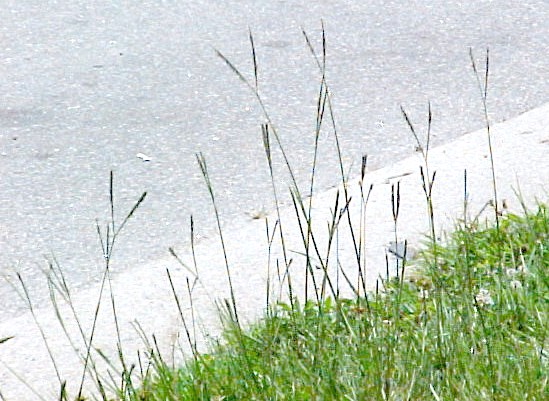 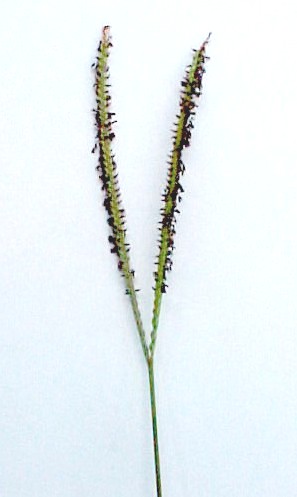 Southeastern US and S California

This grass, which is native to Brazil (and named after the eastern state of Bahia), Argentina, Uruguay, and Paraguay, has been introduced into warm areas of the US for use both in lawns and in pastures, but sometimes becomes a roadside weed. It is a perennial species that spreads both by rhizomes and seeds, and finds its greatest use in Florida and coastal areas of nearby states. Bahia grass is useful because while it prefers moist or even wet soils, it can tolerate drought as well, and it tends to grow quickly enough to crowd out weeds. It is a “warm season” grass that grows to be some 12 to 20 inches tall and the flowering stalk usually forms a distinct “Y.” Allergenically, it demonstrates moderate cross-reactivity with Johnson Grass but relatively little with most other grasses and is considered to be one of the three main “Southern Grasses.”