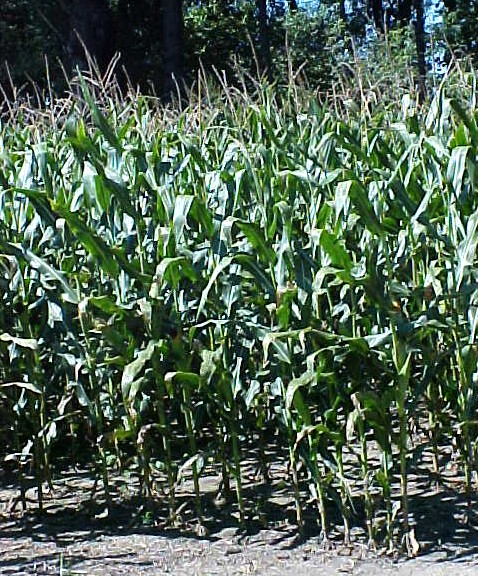 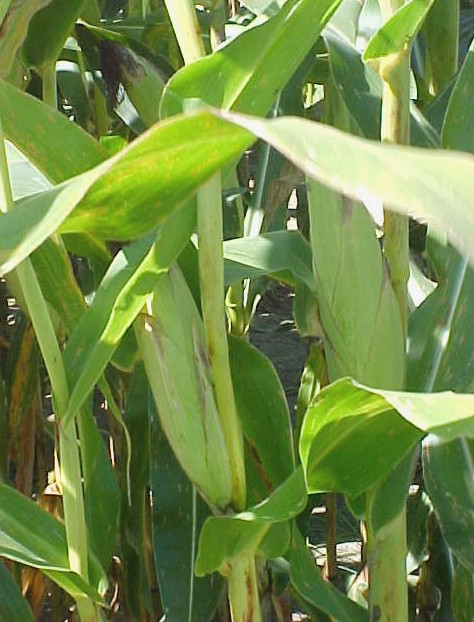 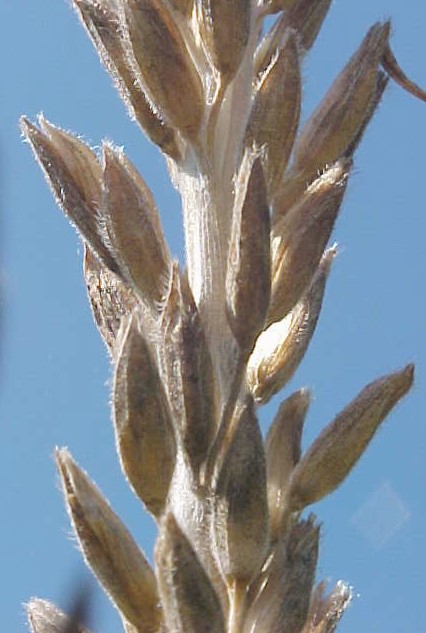 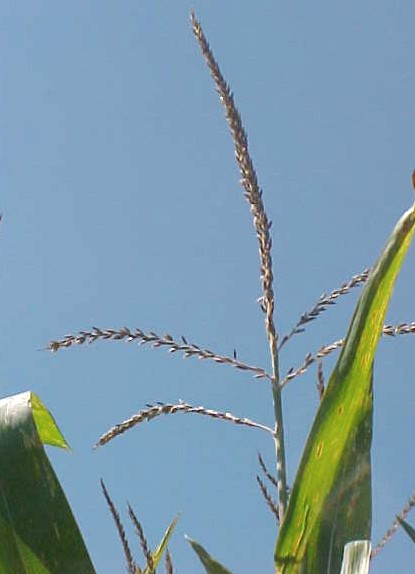 Throughout most of Lower 48 states; most important in north central states

Corn, also known as maize, is the most important field crop in America and is grown on every continent except Antarctica. It was introduced from Mexico to the United States, and is cultivated to provide food for livestock and human consumption, and several other products, such as corn oil, cornstarch, corn sugar (dextrose), syrup, and ethanol, used both in food and nonfood items. Many cultivars exist, each bred to meet a specific need. According to the National Corn Growers Association, there are over 3500 known uses for corn, with more constantly being developed. Corn grows best in areas having long, warm summers with adequate rainfall or irrigation. Mature plants may exceed 8 or 10 feet in height, having long leaf blades, some 2 inches or so in width. The male flowers, with their pollen-bearing stamens, develop in the tassel at the top of the plant, while the female flowers are formed in the one or more ears at nodes along the side of the stalk. The "silk" protruding from the husk-covered ear receives the wind-borne pollen, resulting in the fertilization of the kernels, which number about 800, typically arranged in 16 rows and are usually yellow or white, but may occur in other colors, even on the same ear. While modern cultivars may have ears a foot in length, the ancestral wild form had much smaller ears. Although pollen is transported by wind, it is heavy and tends to fall close to its source.