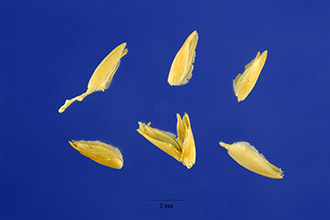 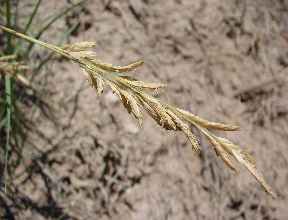 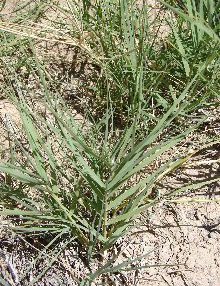 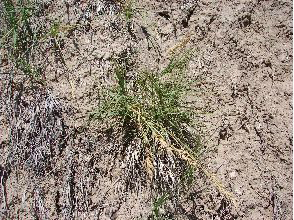 Most of US, including Hawaii

This grass, native to most of North America (although not known from Indiana or Kentucky), is found in tidal marshes along most of the Pacific, Gulf, and Atlantic coasts as well as in various inland saline habitats, the latter being particularly common in the western US but rare in the eastern half. It inhabits floodplains along river beds in desert areas. It is used by wildlife but is usually not grazed unless other plants are not available. Stems may grow to be one or two feet in height, with leaves up to 6 inches long and a quarter-inch wide, depending on habitat. Salt grass forms colonies as it spreads by creeping rhizomes, much as its close relative Bermuda grass does, and often forms extensive pure stands. Reproduction by seed occurs but is less common. Many colonies are predominantly of one sex, and individual stalks are of one sex. Blooming time is variable depending upon locality, but is generally from late spring through early fall.