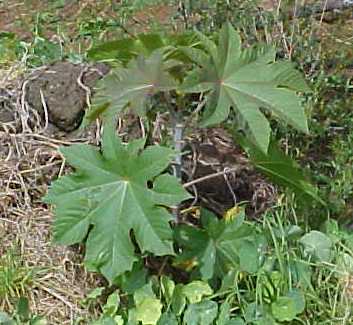 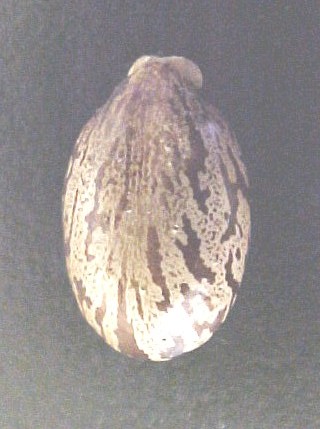 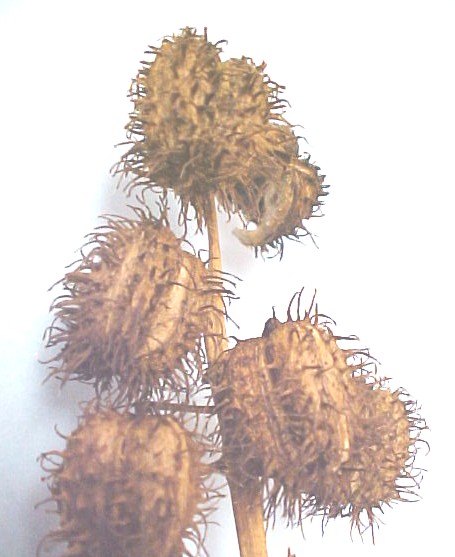 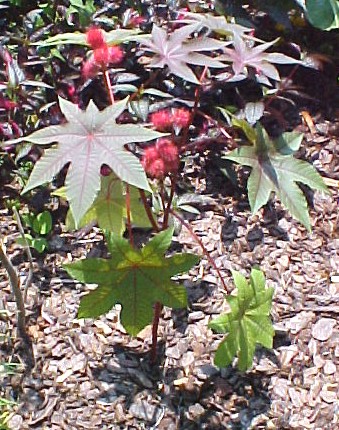 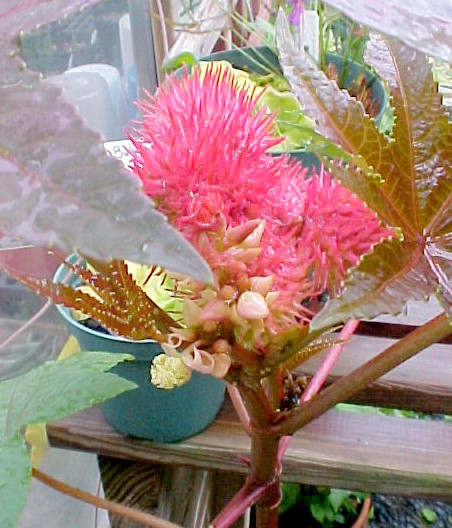 Cultivated in many areas of US; an invasive weed in California, Florida, and tropical islands

The castor bean, a native of Africa, was cultivated in ancient Egypt for both the lubricant and laxative qualities of its oil. It is used for similar purposes today, although more so in other countries. The seeds contain ricin, a toxic protein that has been used as a chemical weapon. In tropical regions, this plant may reach 30 feet in height, but in temperate areas where it is less than half that height, it is used as an ornamental annual because of its large star-shaped leaves that often exceed a foot in diameter. Some cultivars have a reddish coloration to the entire plant. Flowers form at the tops of stems, with the female at the top (having conspicuous red stigmas) and the male underneath (with conspicuous yellow anthers). Castor bean can either be self-pollinated or wind-pollinated. The female flowers develop into egg-shaped capsules about an inch long covered by soft, flexible spines, and each capsule contains three seeds bearing a strong resemblance to engorged ticks.