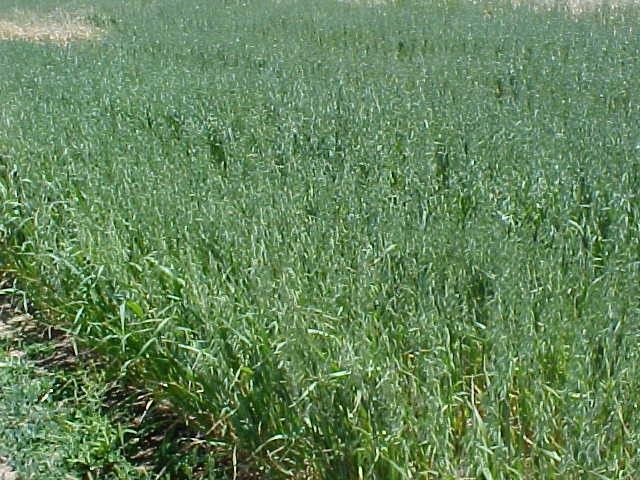 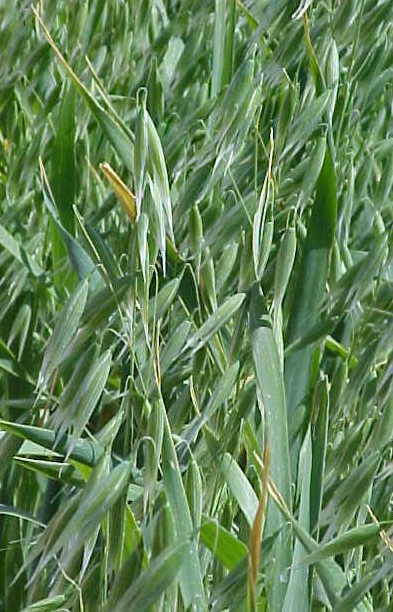 Throughout US, but primarily from the Dakotas eastward to New York and Pennsylvania

The cultivated oat, originally from Eurasia (probably western Europe), was introduced to North America in 1602, and is cultivated mostly as a feed for animals but about 5% is used for cereal and related foods. The most concentrated cultivation is done in the north central states. It tends to grow especially well in regions which have cool, wet summers, and tolerates cooler climates than most other cereal grains. It is occasionally grown to be plowed under as a green fertilizer. It is more closely related to velvet grass than to the other cultivated grains. There are about four important varieties cultivated in the US, the most important being known as white oats. The plants grow to be two to five feet tall. The inflorescence does not share the compact structure of the other grains but has the spikelets separated from each other, sometimes hanging independently when mature. Plants bloom in mid- to late spring. The closely related wild oat is similar but with somewhat hairy flowers that break apart rather easily.