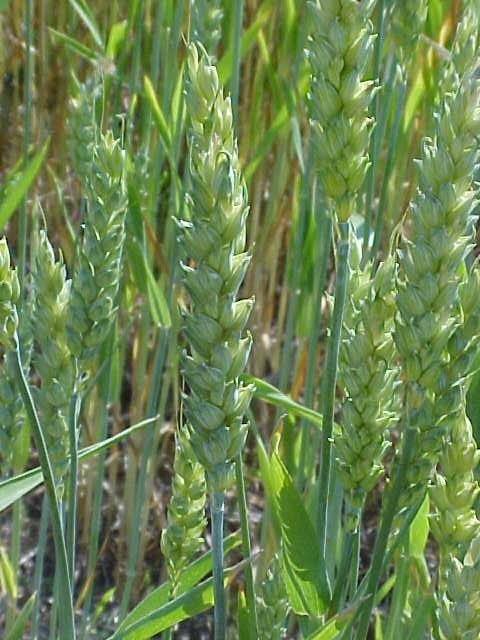 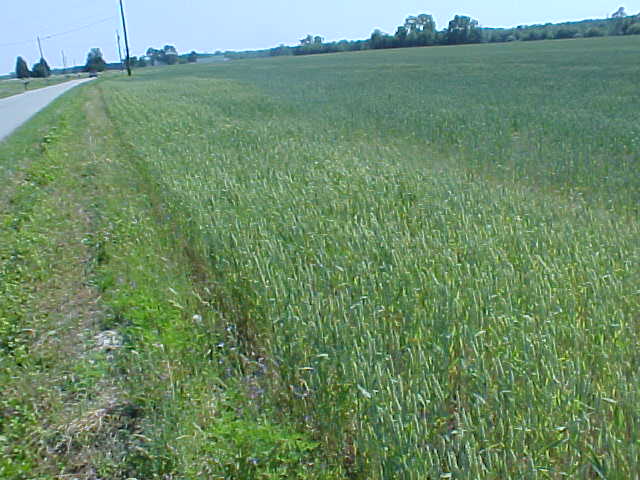 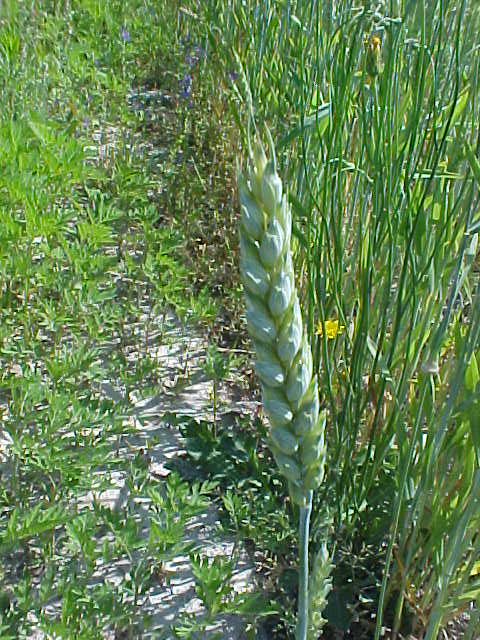 Throughout US; most concentrated in central states and SE Washington

Cultivated wheat, also known as common or bread wheat, was introduced to North America. It is originally from the Fertile Crescent of SW Asia where it was first cultivated. There are a number of closely related species of wheat as well as many cultivars. It is in the same taxonomic tribe (Triticeae) as rye and barley which it resembles. It is the second-most important grain crop in the world (after corn) but is the leading source of vegetable protein in food, and is grown in many regions throughout the world. Although most extensively grown in the central US and SE Washington, it is grown to a lesser extent throughout the remainder of the US, and different varieties are grown in different regions. Wheat is the most-widely used grain for the production of flour for baking. The plants usually grow to about 2 feet in height. Blooming generally occurs from about May through July, depending upon the variety and location. Both male and female flowers are found on the same plant, and the pollen is transported by wind.