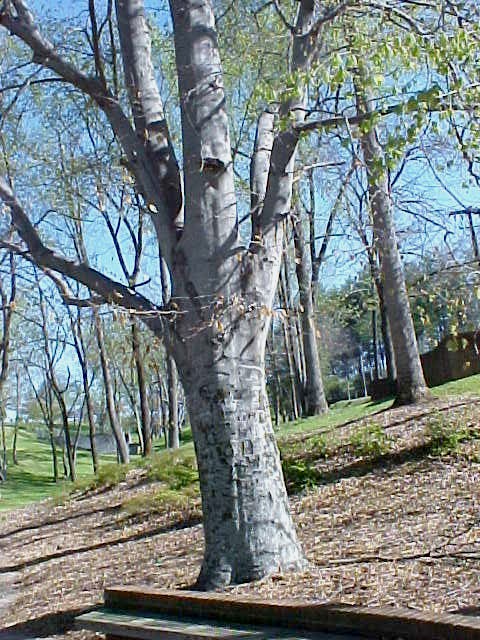 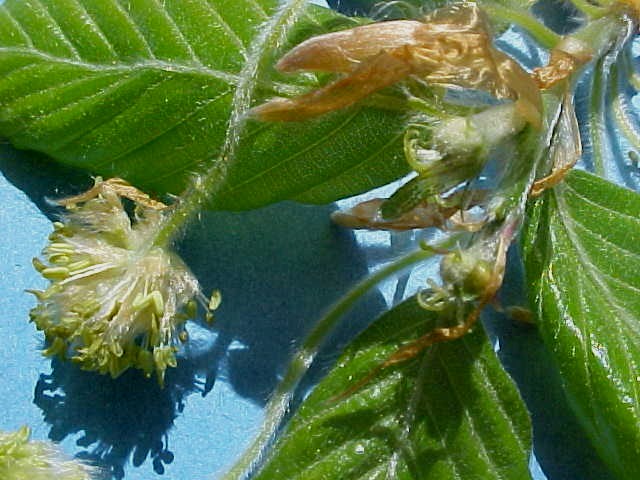 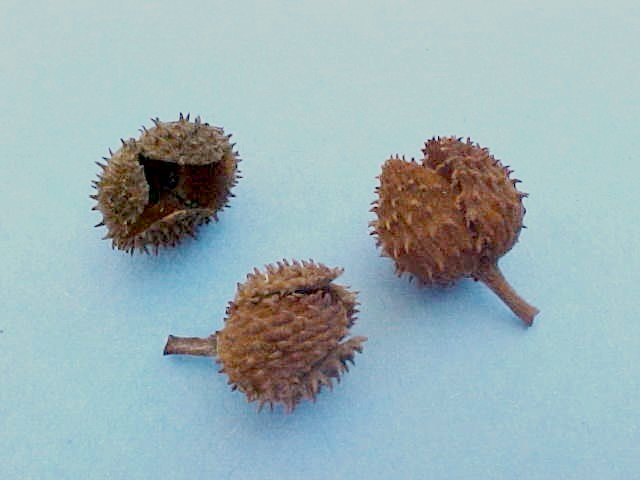 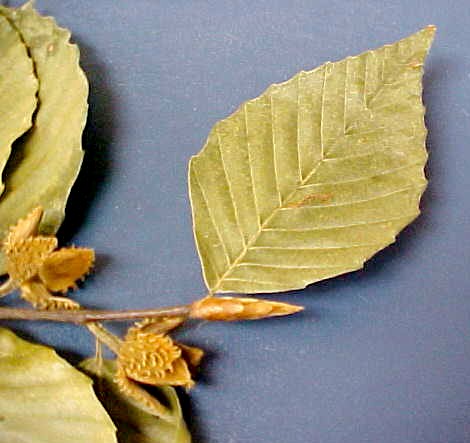 This species becomes a large tree and likes moist rich uplands. It has distinctive smooth, grayish-blue bark. Its leaves are oval and pointed, with short teeth along the margins. During the winter, the dried beige leaves help identify the tree because they tend to remain on the twigs. The flowers, which appear just as the leaves are starting to form, achieve pollination by wind. One or two short female flowers are found near the end of a twig while the pollen-producing clusters of male flowers, borne on stalks, emerge from the base of a leaf and fall from the tree after blooming. By the end of summer, the female flowers have developed into nuts surrounded by rather spiny bracts that open to release them.