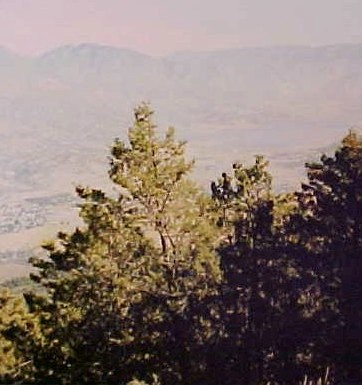 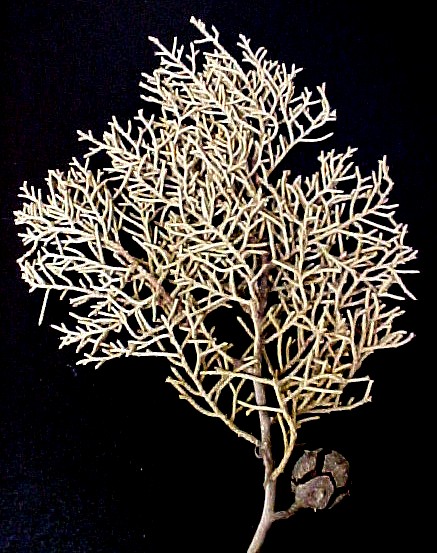 There is disagreement as to whether some forms should be varieties of this species or regarded as separate species. In any case, the “typical” form is distributed from southeastern Arizona eastward to western Texas; the smooth cypress of central Arizona, the Paiute and the Cuyamaca cypresses of California are sometimes recognized as varieties of this species. These trees are typically found at moderately high elevations in the mountains. They are rather small trees, usually not exceeding some 40 feet in height and two feet in diameter. The foliage is reduced to small scales, similar to those found on junipers. The tiny male cones release their wind-borne pollen in the spring, and the woody female cones ripen at the end of the second season; the latter are approximately an inch in diameter, may contain nearly a hundred seeds.