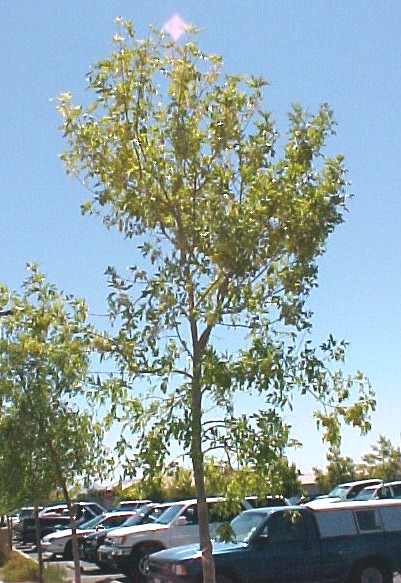 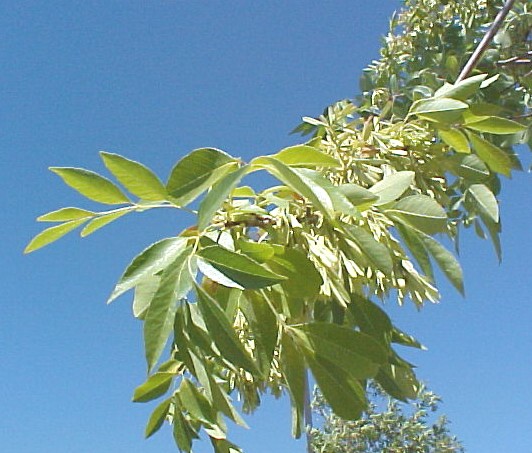 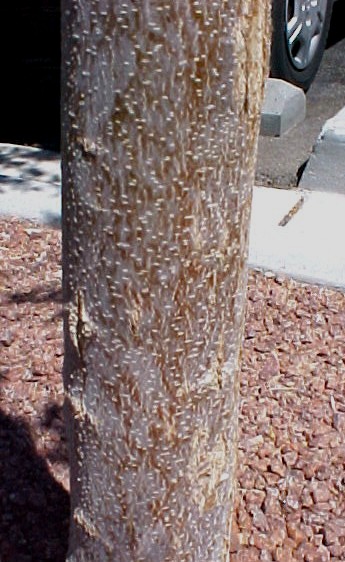 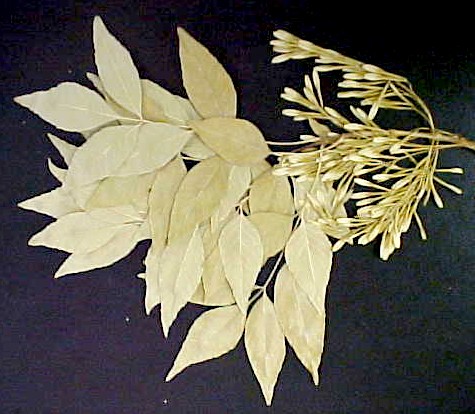 Arizona ash, also known as velvet ash, is a species found in moist areas near streams or moist canyons up to elevations of about 6500'. It becomes a small- to medium-sized tree, occasionally reaching 40 feet in height with a rounded crown. The compound leaves, each usually composed of three to five pointed leaflets, are borne in pairs (opposite) on the twigs and are densely hairy underneath. The male and female flowers are produced on separate trees in the spring. Pollen is spread by the wind, and the female flowers develop into paddle-shaped fruit, each containing one seed, that ripen in the autumn. Cultivars of this species are planted as an ornamental in southwestern towns and cities.