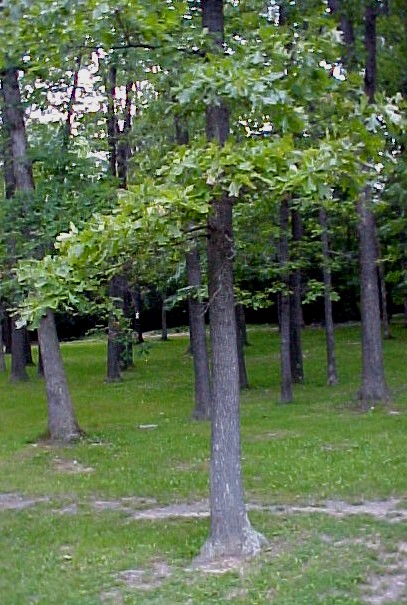 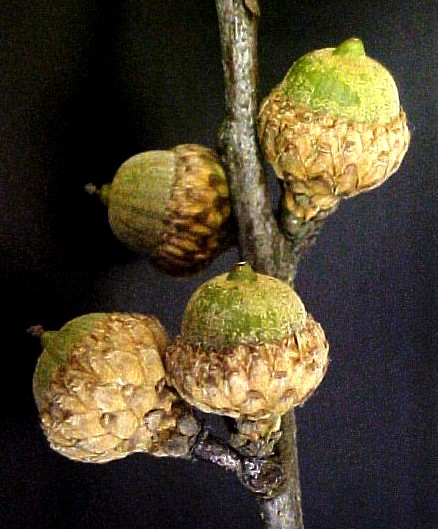 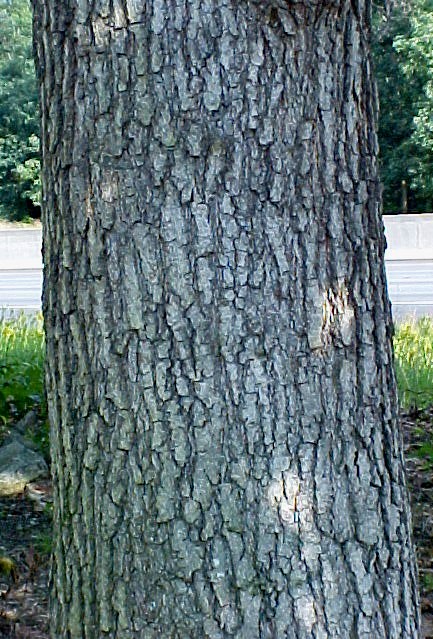 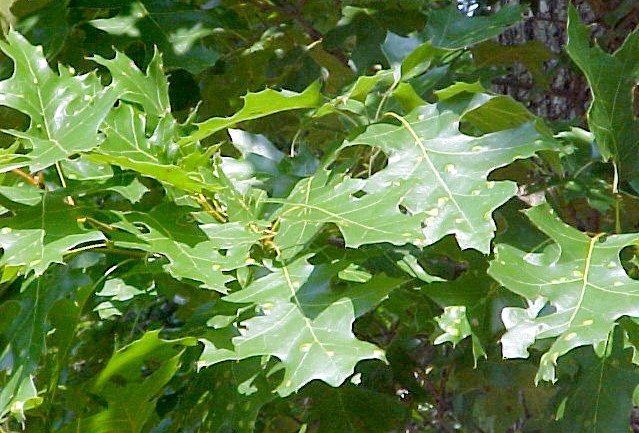 Black oak is an eastern species typically found in rather dry soils such as those on sunny hillsides and ridges. The leaves have pointed lobes and are typically “fuzzy” underneath, especially early in the season, but this becomes reduced to the areas around the veins. The acorns, which mature in two seasons, are medium-sized (about ¾ inch long) with a cap covering almost half the nut. As is true of all the oaks, the flowers bloom in the spring, with the male flowers forming on catkins, producing abundant wind-dispersed pollen, and the rather inconspicuous female flowers located at the bases of the leaves. The bark on mature trees is broken into small, dark plates.