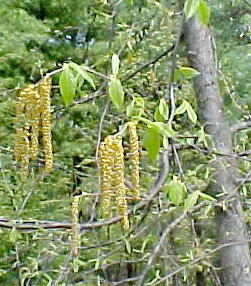 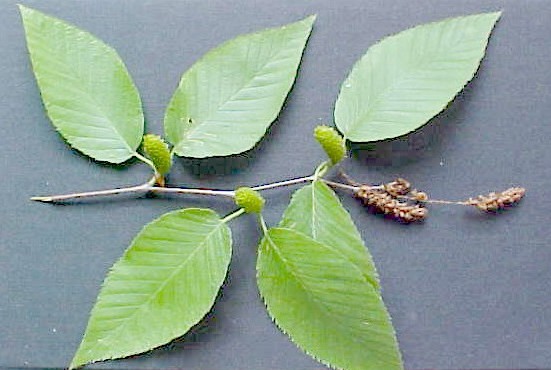 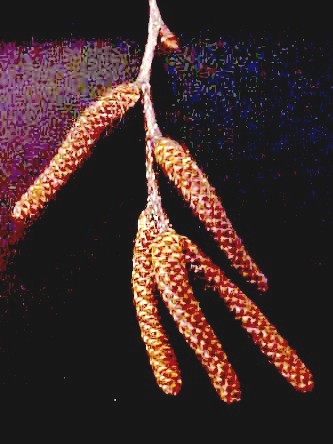 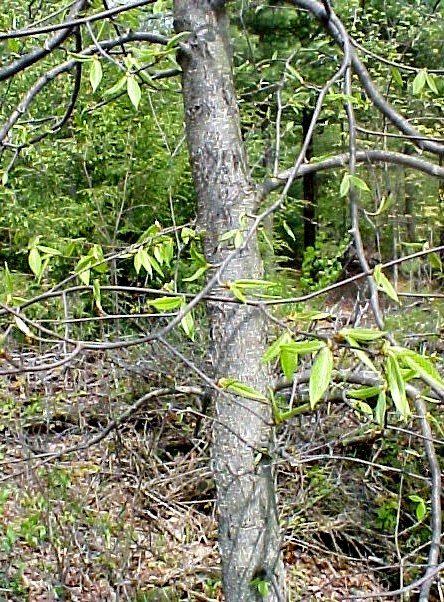 This birch is one of a few having a distinct “wintergreen” scent to its twigs when broken, and birch beer was made from its sap. It grows in a variety of settings but is typically a medium-sized tree found on rich, moist, well-drained soils, usually on mountain slopes in the southern part of its range. The bark ranges from reddish to almost black on young trees, becoming a dark gray on old trees. The thin pointed leaves range from 2 1/2 to about 6 inches in length and nearly half as wide as long, with a double row of sharp teeth along the edges. The male catkins, which soon release their wind-blown pollen, can be seen hanging in the early spring just as the leaves are beginning to develop, while the female “cones” mature later, then disintegrate to release their seeds.