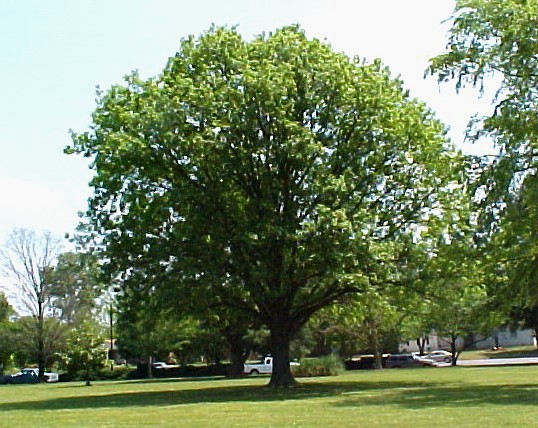 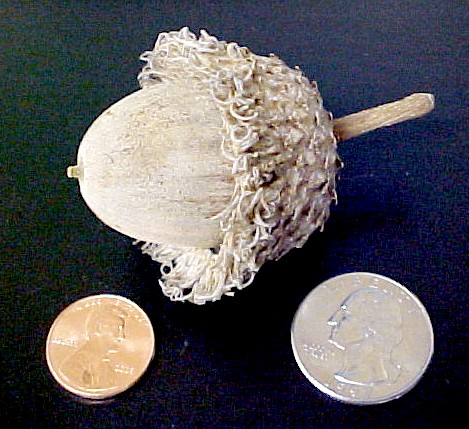 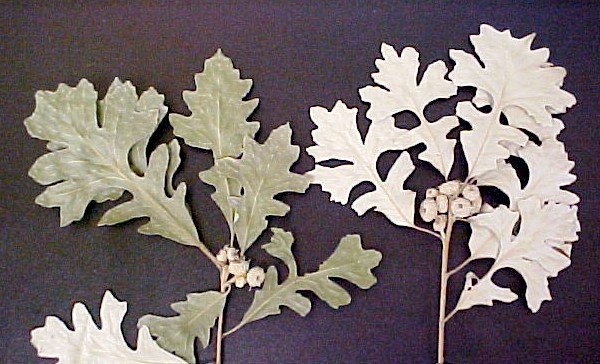 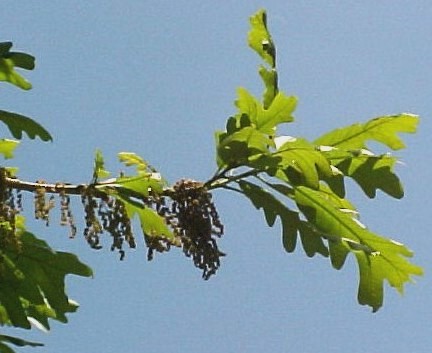 Bur oak is a characteristic species of the central US. It tends to grow on floodplains in the southern part of its range while being more of an upland species northward, often growing in open woodlands or prairies. It gets to be a medium-sized to large tree, depending upon location. The dark green leaves are lighter underneath and have rounded lobes; often, the leaves have a distinct indentation about halfway on each side, making them look as though they had been “pinched” in the middle. Flowers are produced in the spring, the male on catkins and the female along the twigs. The abundant pollen is dispersed by wind. The acorns have a distinct “fringe” at the edge of the cup (accounting for another common name—mossy cup oak), and they are usually large (often exceeding an inch in diameter), especially in the southern part of their range, and mature in one season.