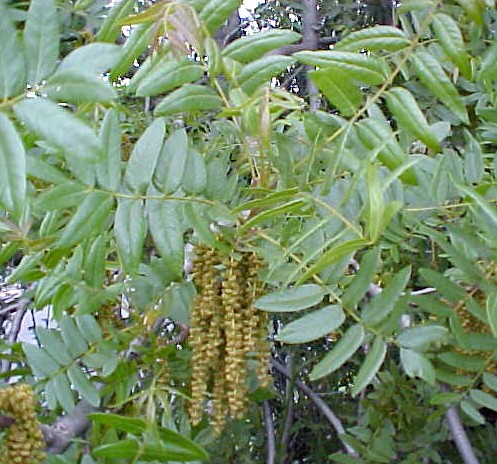 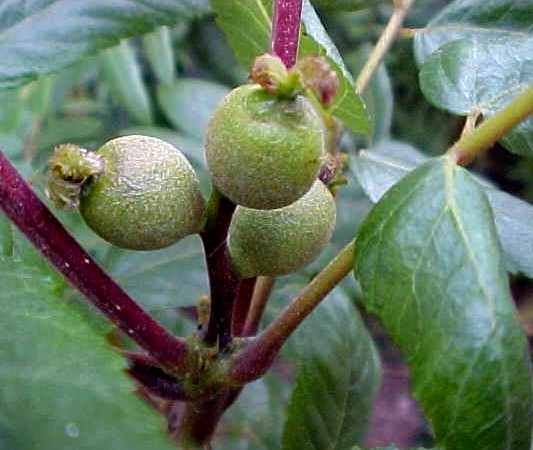 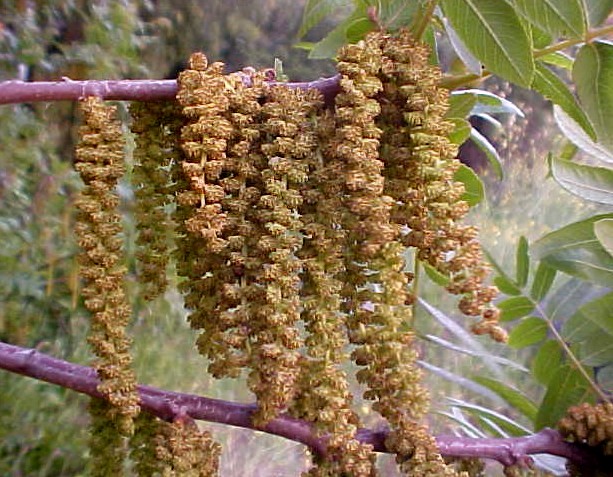 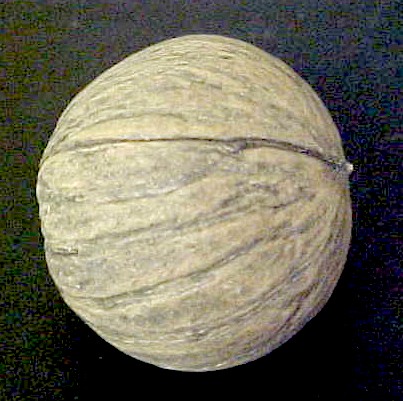 California black walnut, also known as California walnut or Southern California black walnut, is a rather small tree up to about 30 feet in height usually found in the foothills up to an elevation of 4500 feet but typically below 2500 feet. There may be several trunks, making it appear bushy. Bark is generally furrowed. Best development occurs in areas closer to the coast. This tree is commonly found in moist soils, often near streams. The compound leaves are up to about a foot long, each having some 9 to as many as 19 leaflets. Male flowers release large quantities of wind-borne pollen in the spring from catkins, and female flowers are produced in small clusters at the tip of the newly formed twigs. The nuts are formed inside round fruit approximately an inch in diameter. However, the hulls do not split open; the fruit are released as the hull decomposes or are opened by squirrels and other animals. The shell of the nut is rather smooth compared to other species of walnuts.