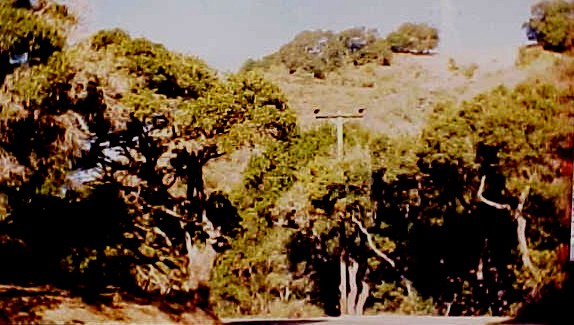 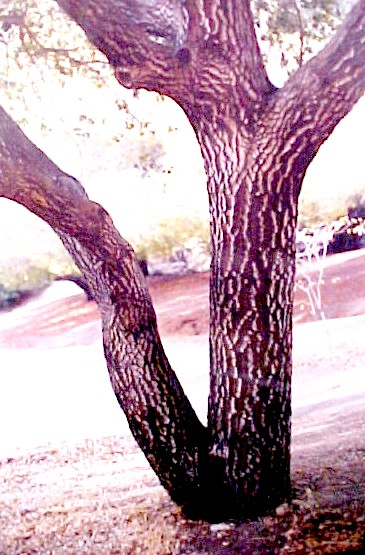 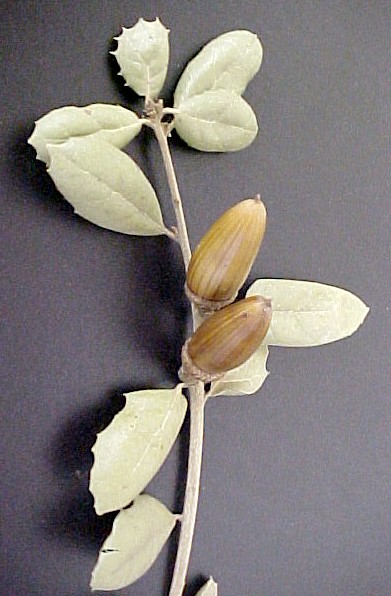 California live oak, also known as coast live oak, is a picturesque species that often forms open woodlands against the grassy hills and valleys of the coastal ranges of central and southern California. This tree is often gnarled, having large branches or even trunks that grow at unexpected angles. The dense crown of this oak may be wider than the height. The small, rather holly-like thick evergreen leaves are mostly concave underneath with short points. The flowers are produced in the spring, with the male on hanging catkins and the female along the twigs. The abundant pollen is carried by wind. The latter develop into pointed acorns, about an inch long, that mature in one season.