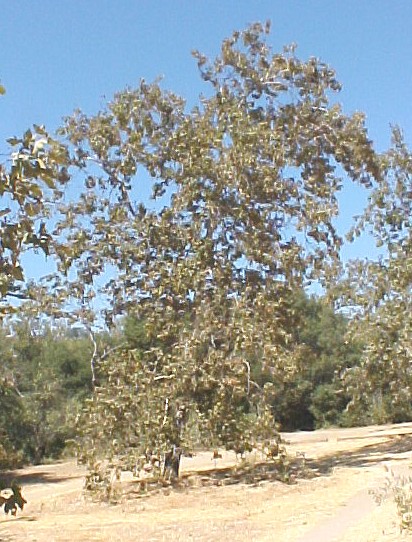 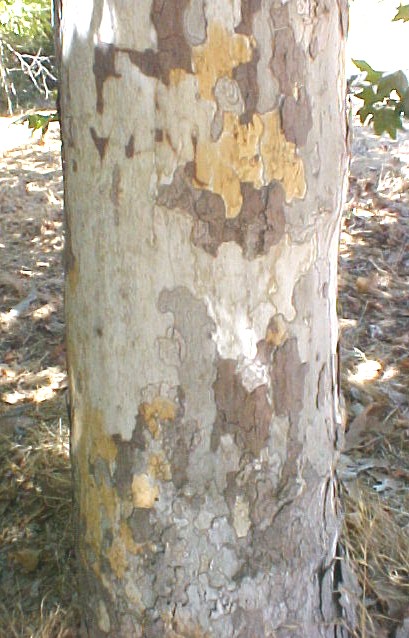 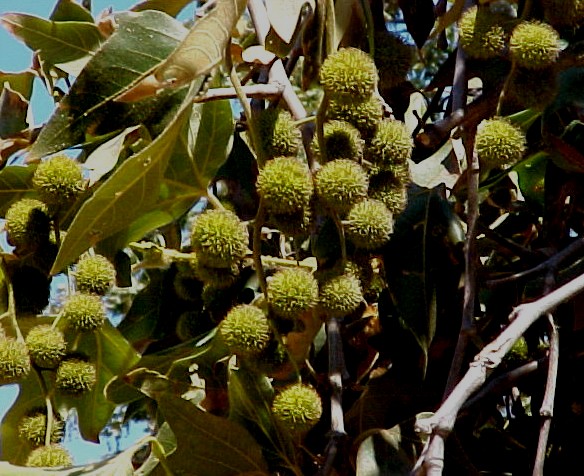 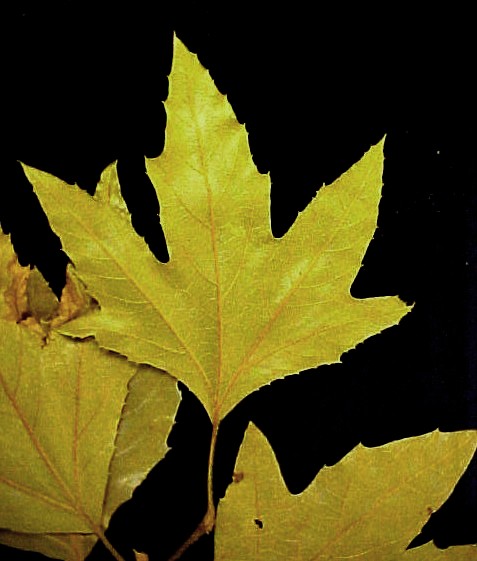 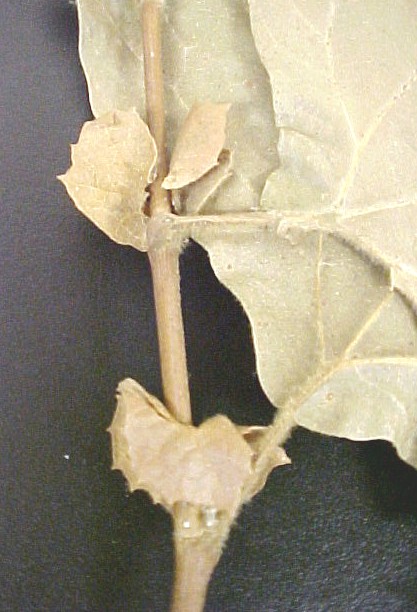 California Sycamore (also known as Western Sycamore) is a tree of floodplains and of moist gullies and canyons. In the southern part of its range it is found from near sea level to over 4000 feet, but northward it is restricted to low elevations. It becomes a large tree easily recognized by its light-colored bark that comes off in large flakes as the tree matures. The leaves look much like oversized maple leaves, with three to five large lobes, but they have a distinct scent and brownish “fuzz” that is easily rubbed off. Leaf-like stipules can sometimes be seen at the bases of the leaves. Male and female flowers are produced in separate round clusters; the male flower heads produce large quantities of wind-borne pollen before falling from the tree while the female flower heads, arranged in a row of 3 to 7 on a stalk, enlarge to become seed balls almost an inch in diameter that eventually disintegrate and scatter the seeds. The closely-related Arizona Sycamore (Platanus wrightii) has somewhat more strongly indented leaves and is found in Arizona and New Mexico.