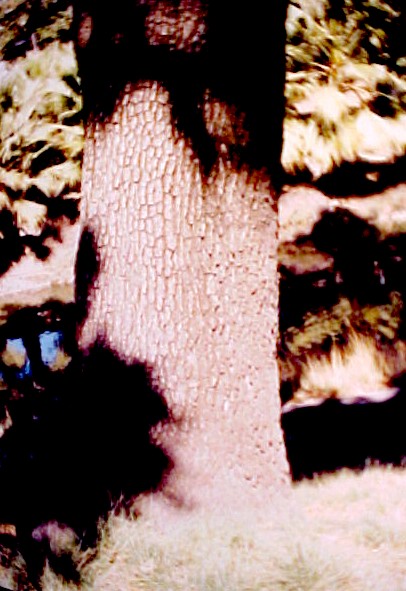 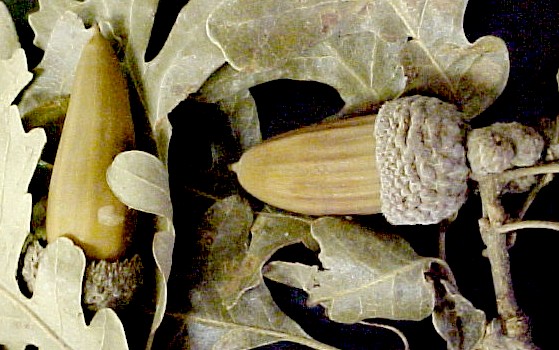 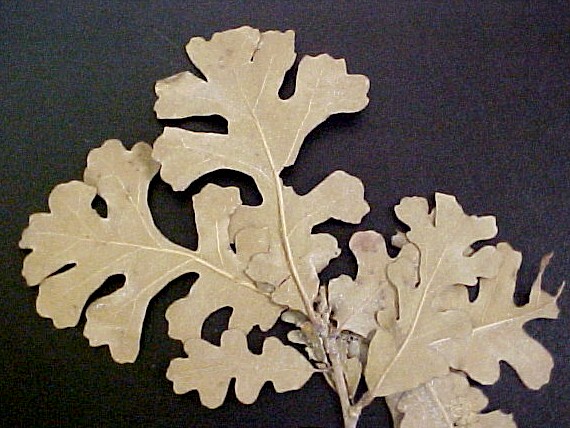 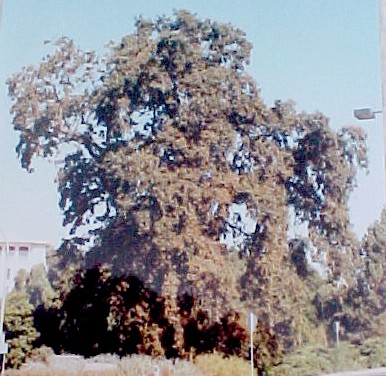 California white oak, also known as valley oak, is a picturesque species that often forms open woodlands against the grassy hills and valleys of the coastal ranges of central California and along some of the rivers and streams of the north central part of the state, including the Sacramento River. This tree can get to be very large—over 100 feet in height with a trunk of 6 feet or more in diameter—with light gray, finely ridged or plated bark and branches that droop from a spreading crown. The rather thick leaves with rounded lobes are deciduous. The flowers are produced in the spring, with the male on hanging catkins and the female along the twigs. The abundant pollen is disseminated by the wind. The female flowers develop into the impressive pointed acorns that mature in one season and may be two inches long.