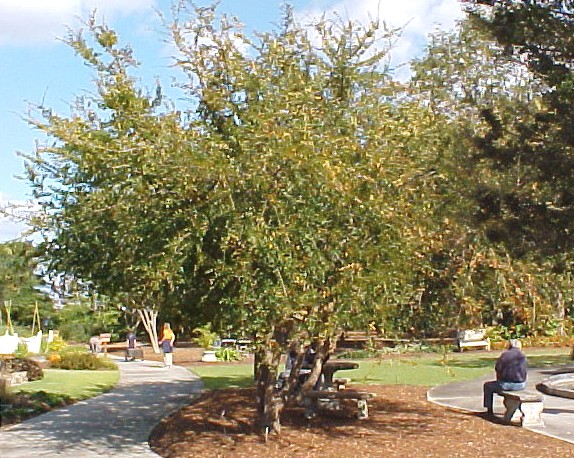 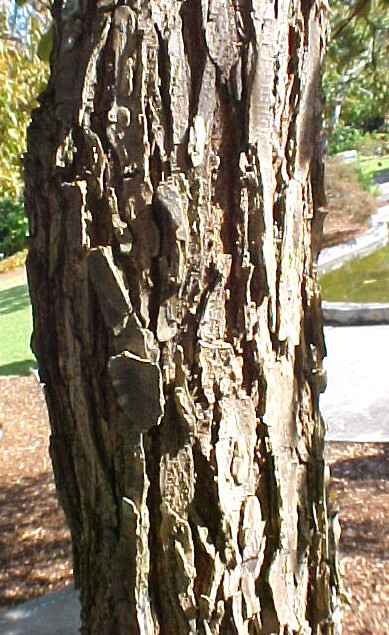 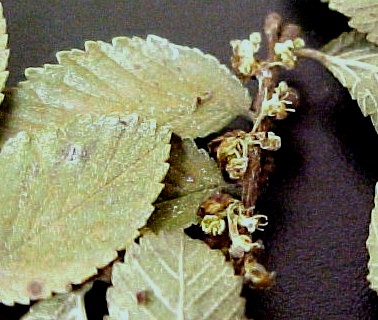 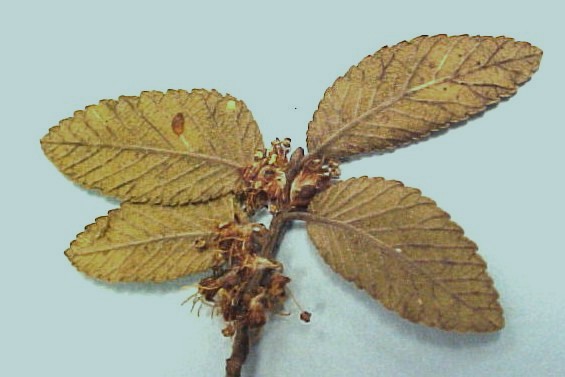 Cedar elm receives its common name because it often grows with the mountain cedar (Juniperus ashei) in central Texas. It is sometimes called fall blooming elm because it is one of two native species that bloom in the early autumn rather than the spring (during which season most elm species typically bloom). It is somewhat more resistant to Dutch elm disease than is the American Elm, and is sometimes used as an ornamental tree. Cedar elm may be a medium-sized tree in most areas of the Lower Mississippi Valley, but it is often a short, rather scrubby tree when growing in the dry limestone of the Hill Country of central Texas. It has the smallest leaves of any of the native elms, but they tend to be rather thick. Flowers are produced in small clusters about August or September, and the flattened fruit, notched at the end, is mature by October. Pollination and seed dispersal are both achieved by wind.