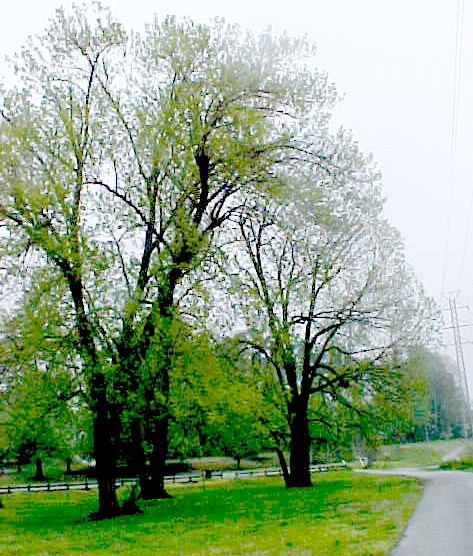 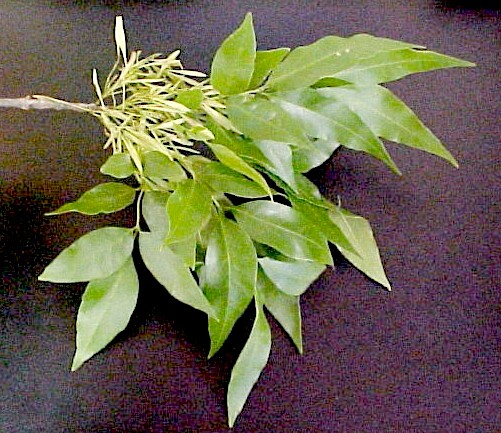 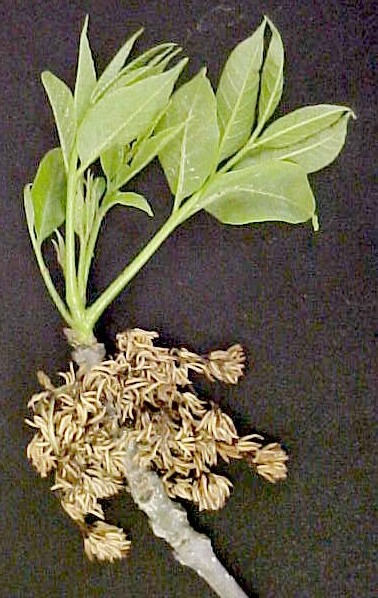 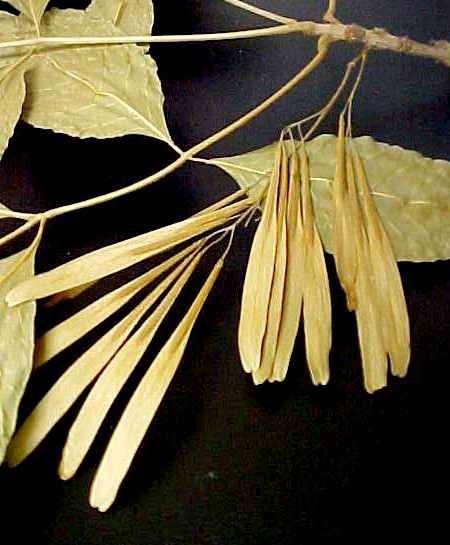 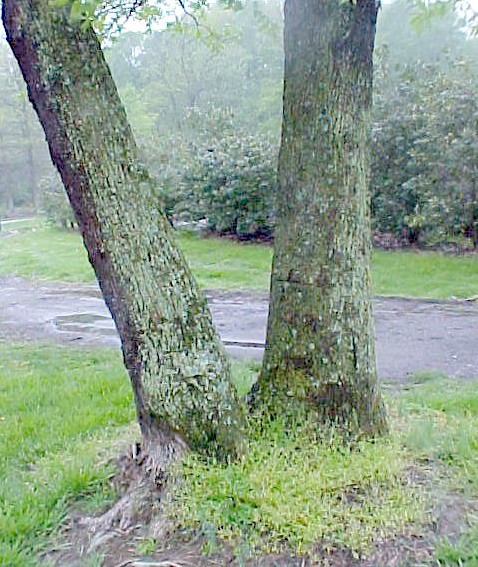 Green ash, also called red ash, is a very widespread species typically found in floodplains and other moist areas, often following rivers far westward into otherwise mostly treeless areas. It is a quickly growing, medium-sized tree. The compound leaves, each composed of seven to nine pointed, slightly toothed leaflets, are borne in pairs (opposite) on the twigs. The male and female flowers are produced on separate trees in the spring. The pollen is spread by the wind, and the female flowers develop into paddle-shaped fruit, each containing one seed, that ripens in the autumn.