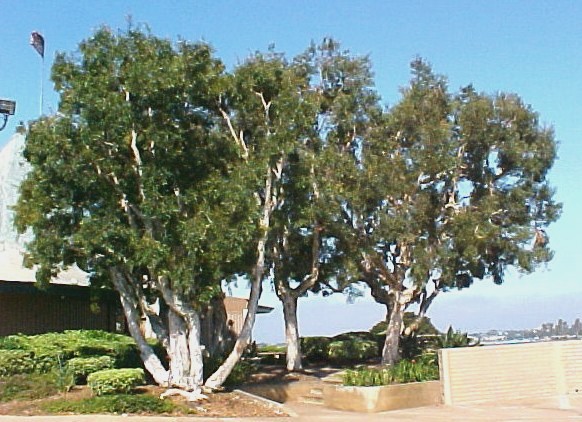 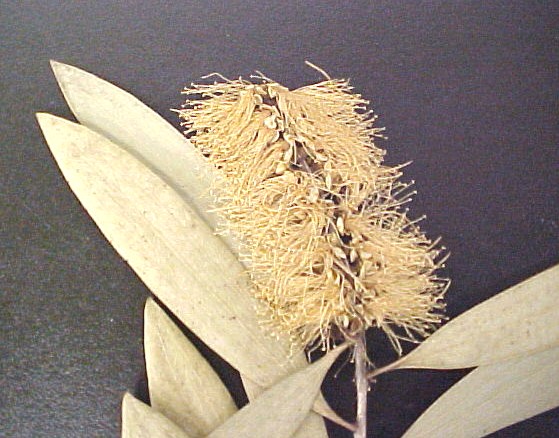 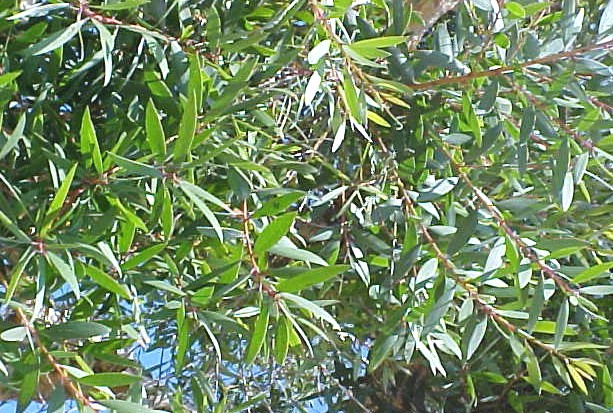 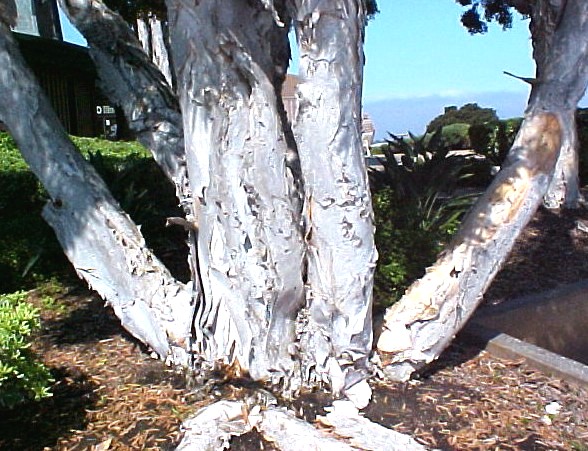 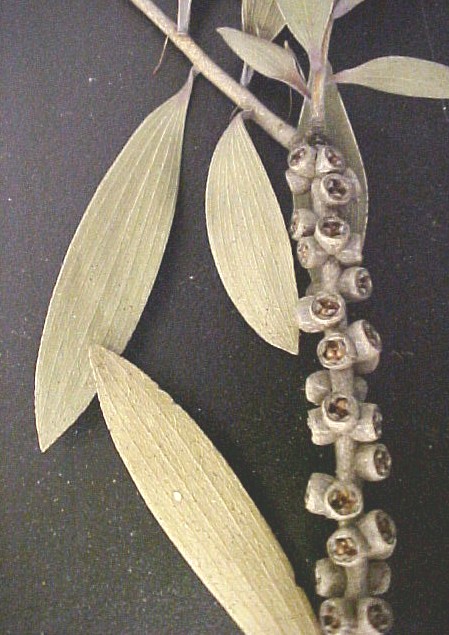 This small exotic tree, introduced from Australia where it is known as paperbark, has aggressively established itself throughout much of the area between the center of Florida and Lake Okeechobee by forming dense pure stands, especially in moist areas, where it is sometimes called cajeput tree or punk tree. It also can be found in extreme southern Florida, and it is cultivated in coastal southern California. Melaleuca has leaves about 2 to 4 inches long and not wider than an inch. The white flowers, which are comprised mostly of long conspicuous stamens but no petals, are in clusters resembling a bottlebrush, and mature to form small seed capsules. The bark is mottled and pinkish-white to pale yellow and resembles layers of thin paper weathering from the tree. Its pollen is apparently unimportant from the standpoint of human allergy but important for canine allergy.