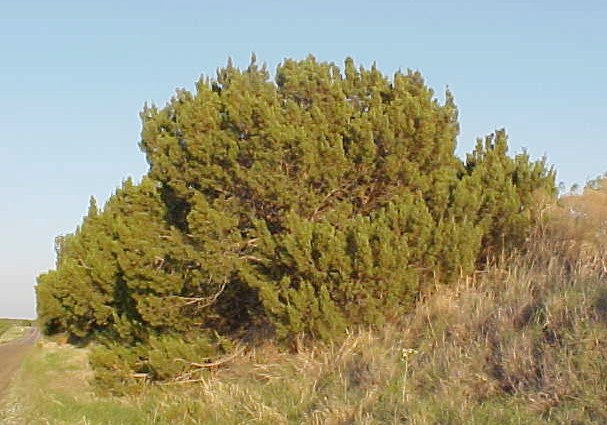 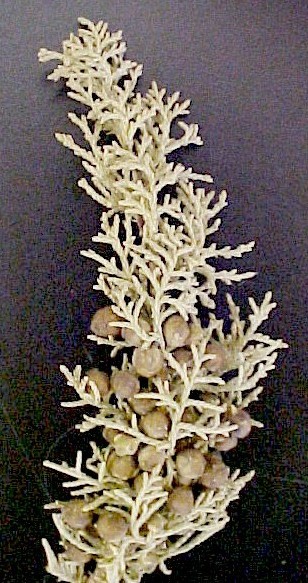 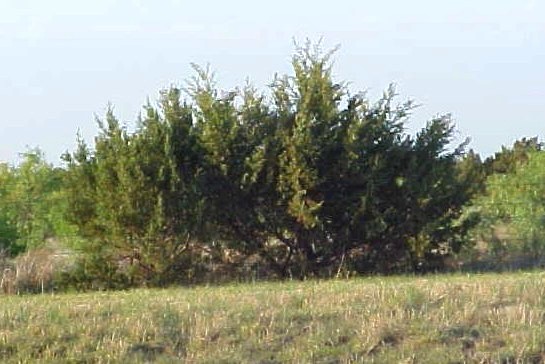 This species, sometimes called red-berry juniper, is a shrub or small tree generally less than 25 feet tall whose range is almost entirely restricted to Texas. It is typically found in soils where limestone or gypsum is at or near the surface, such as the Caprock vicinity and other broken areas near or within the High Plains, particularly on its eastern margin. Its yellow-green foliage is comprised of overlapping scale-like leaves. It blooms in early spring from tiny but numerous pollen cones, and its female cones resemble bright, red berries that mature in one growing season. The abundant pollen is carried by the wind.