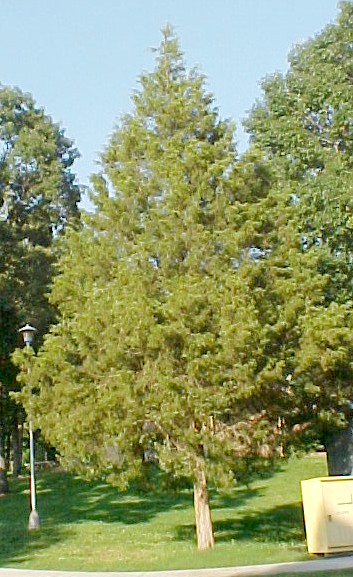 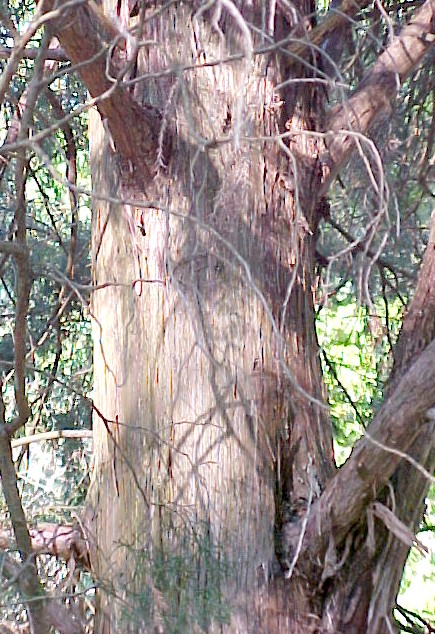 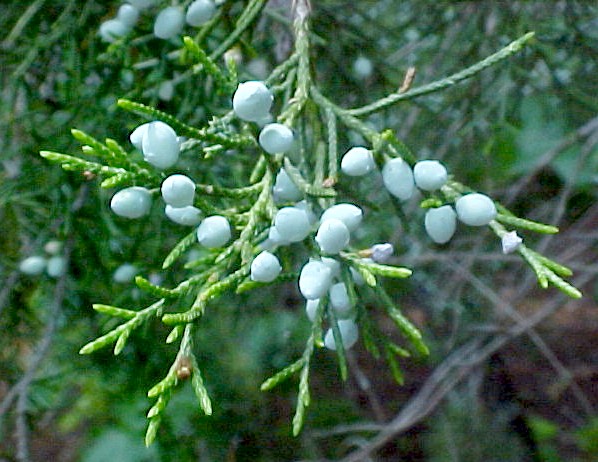 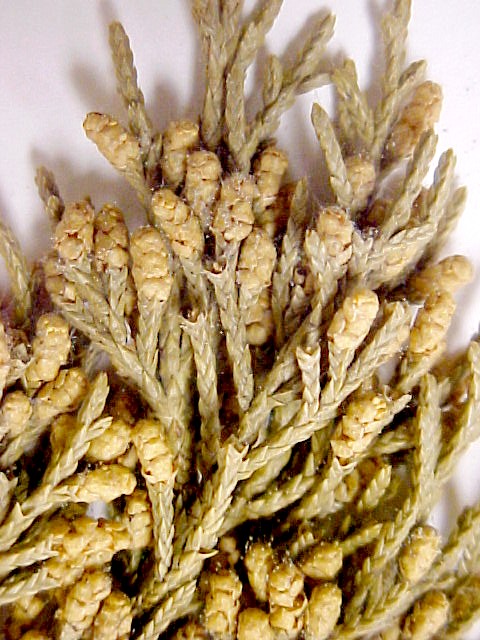 Eastern and central US

This species is found in a variety of habitats, especially open areas underlain by limestone. It is often common along fence lines where the seeds have been deposited by birds in their droppings. Red cedar is sometimes planted as an ornamental and may slowly grow to be a medium-sized tree after spending its youth as a columnar shrub. It blooms in early spring from tiny but numerous pollen cones and its female cones resemble light blue berries. Its wood is prized for cedar chests and was once the primary source of wood for pencils. In much of the Gulf and Southern Atlantic coastal regions and peninsular Florida, eastern red cedar is replaced by the closely related southern red cedar (Juniperus silicicola) while other species, such as Rocky Mountain juniper (Juniperus scopulorum) and mountain cedar (Juniperus ashei), replace it in the west. Eastern Red Cedar is the only conifer native to Kansas.