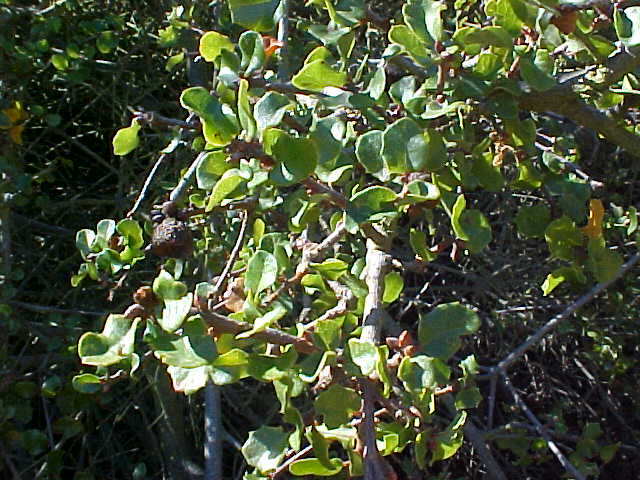 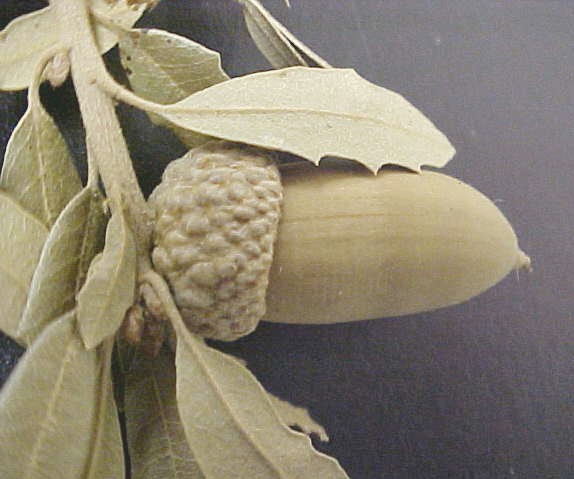 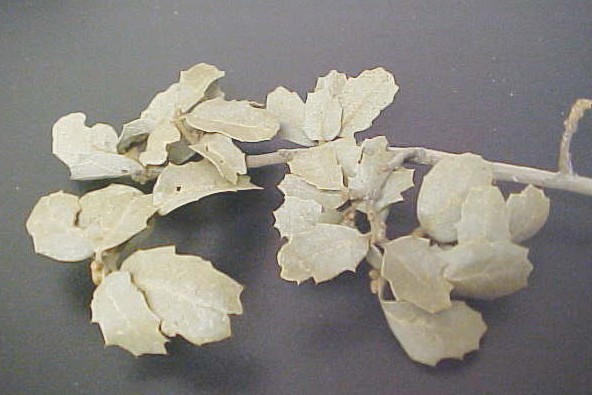 Scrub oak, also known as California scrub oak, is usually a shrub, rarely becoming a small tree. According to some authorities, there are as many as four distinct but very similar species “lumped” together under this name, each having somewhat different ecological requirements ranging from the bluffs along the Pacific Coast to the edges of the deserts. Mature shrubs may be so intricately branched that one is unable to reach through the branches to touch the trunk. Scrub oak is a member of the white oak group and its acorns ripen in the same year that pollination occurs. Male flowers are formed in catkins and their abundant wind-borne pollen fertilizes the female flowers, inconspicuously located along the twig near the bases of the developing leaves. The leaves are small, often somewhat wrinkled, and sometimes have short rather pointed lobes. The caps of the acorns cover only a small portion of the nut.