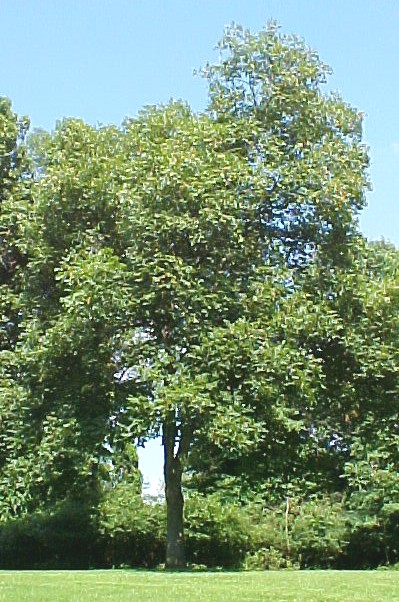 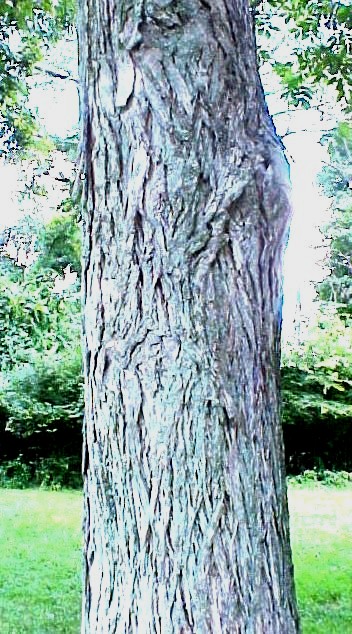 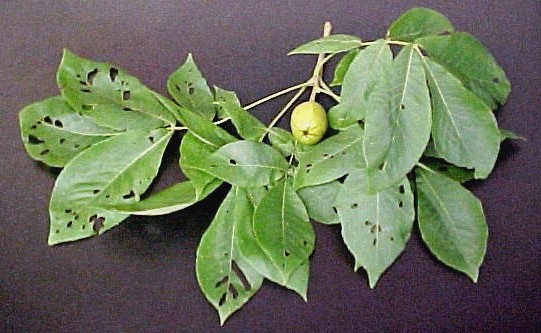 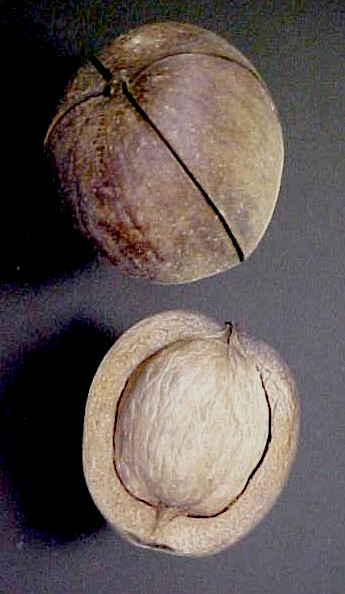 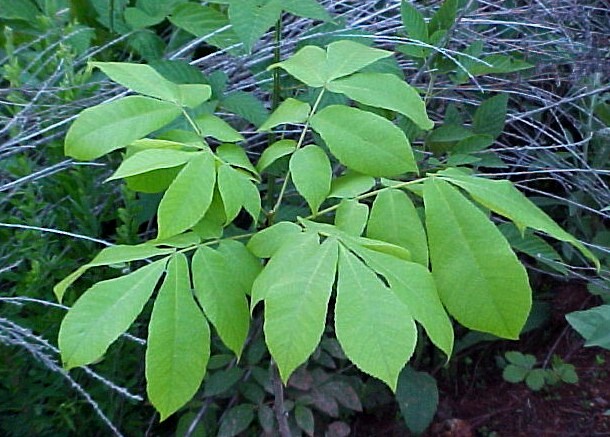 This hickory, also called big shellbark or king nut hickory, has a certain degree of shagginess to its bark, but the most obvious features are the gigantic nuts and large leaves. The leaves usually have seven leaflets with fine hairs present on the underside. Shellbark hickory grows best on bottomlands, especially those near the Ohio and Mississippi Rivers. The trees are usually tall and straight, often without branches on the bottom half of the trunk when mature. Blooming takes place in spring, the numerous male flowers being on catkins while the female flowers are on short spikes at the end of the current year’s growth. The nuts are sweet and enclosed within a thick husk, the whole fruit often being nearly three inches long and egg-shaped.