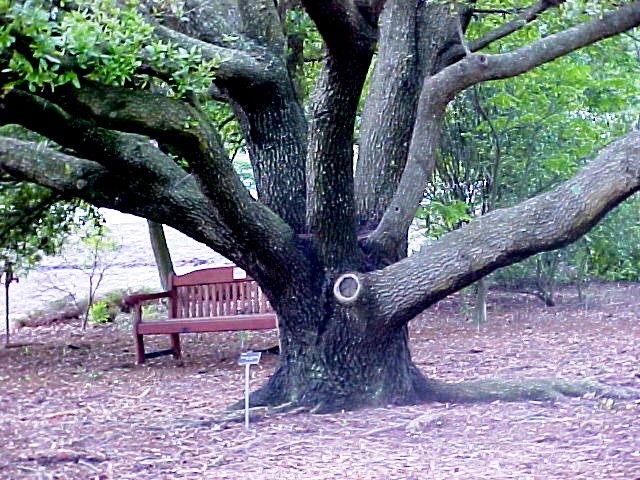 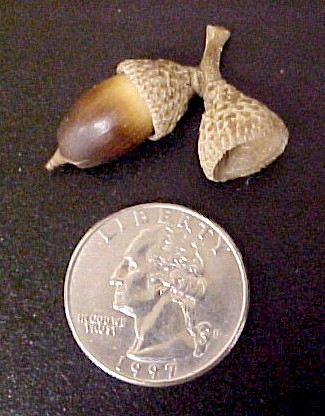 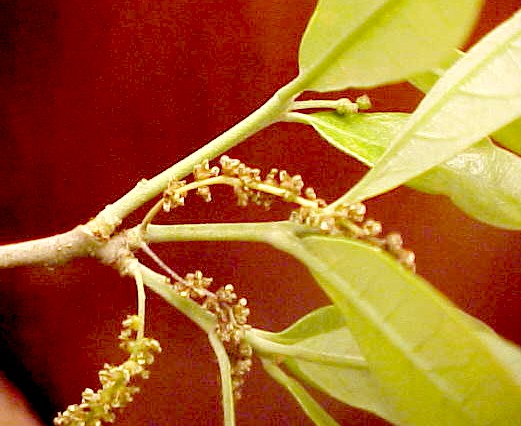 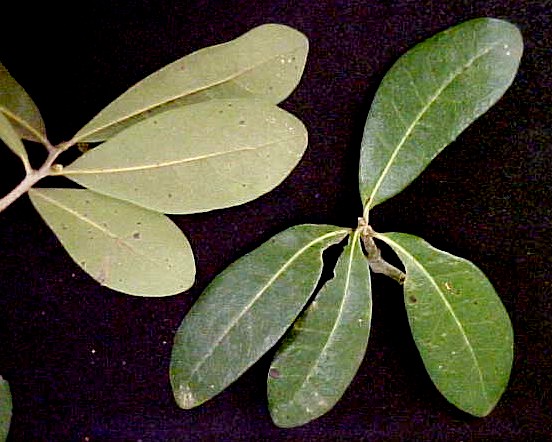 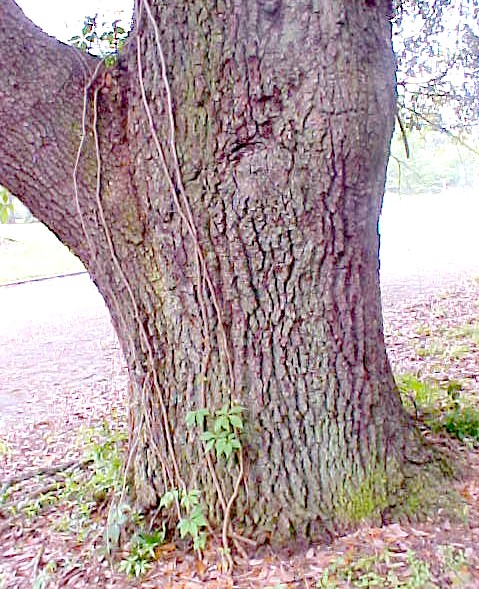 SE and SC US

This tree is called “live oak” because of its having evergreen leaves in areas of the country where nearly all other large oaks are deciduous. It is sometimes referred to as southern live oak or Virginia live oak to distinguish it from other evergreen species of oaks, mostly those found in California. It is widely planted in areas inland of its natural range because of its broad crown of dark green evergreen leaves, sometimes festooned with Spanish moss. It has a distinctly checkered dark gray bark on a short, sometimes rather gnarled, trunk. The thick leathery leaves are usually oval, occasionally with a short pointed lobe or two. The branches mostly grow sideways and, on large old trees, may hang down enough to touch the ground. The abundant wind-borne pollen is released from male catkins in the spring; the rather inconspicuous female flowers mature into acorns at the end of the season.