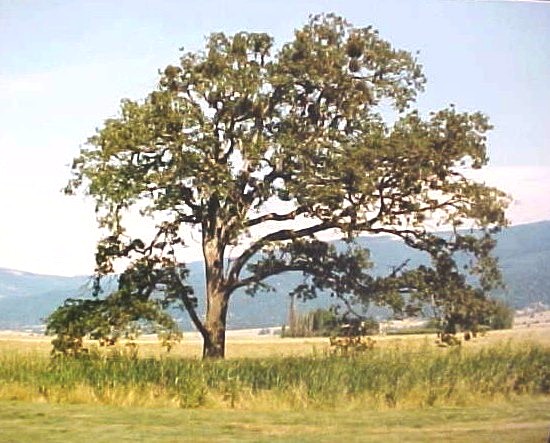 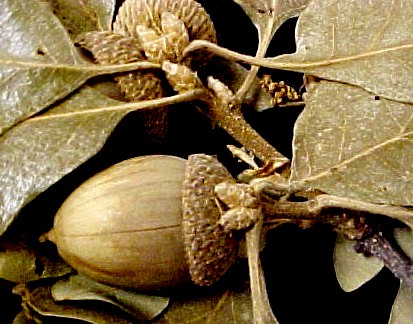 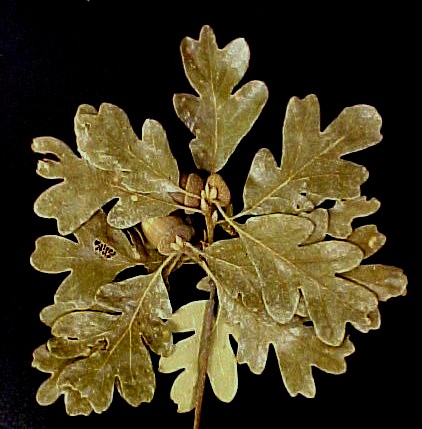 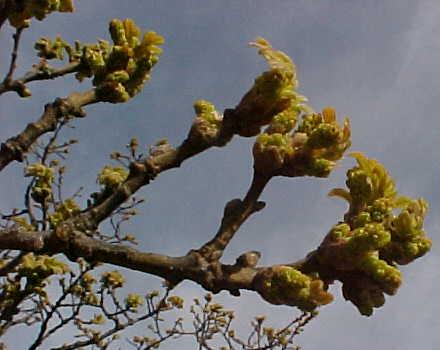 West Coast of US

Western white oak (also known as Oregon white oak or garry oak) may form open woodlands in the rather dry interior valleys or grow in relatively closed forests with other kinds of trees in areas closer to the coast. (However, it is not found in the forests closest to the coast.) It can become a large tree. It has rather thick-lobed leaves that are dark green above and a lighter bluish-green below. The acorns, which mature in one season, are fairly large and almost round with a cap covering a small portion at the base. As is true of all the oaks, the flowers bloom in the spring and the abundant pollen is spread by wind. The male flowers form on catkins while the rather inconspicuous female flowers develop at the bases of the leaves.