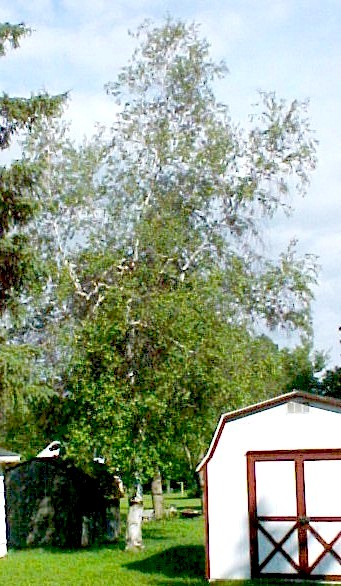 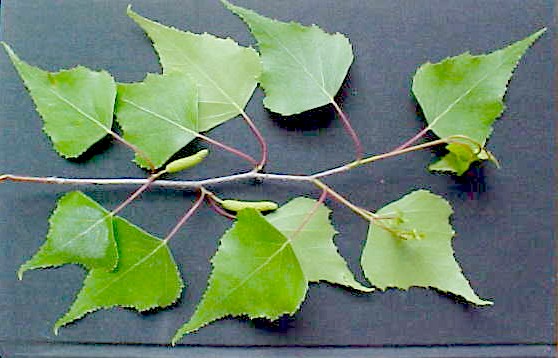 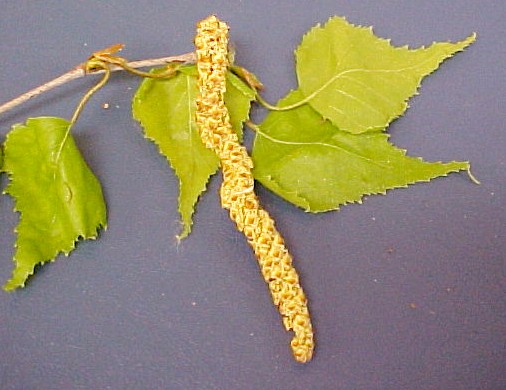 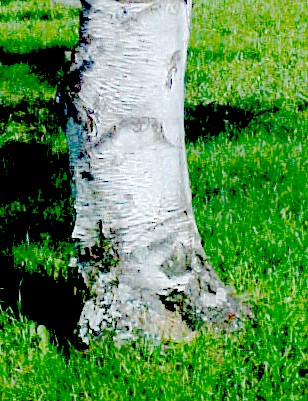 This birch, also known as gray birch, is a small tree that easily establishes itself and grows well in poor soils, often in pine barrens. It is a short-lived “pioneer” species that flowers when quite small, and seldom gets taller than about 30 feet. The bark is brown when young but becomes chalky white when mature, with blackish patches below bases of branches. The thin leaves are about 2 to 3 inches long and rather triangular in shape, with a nearly flat base and a rather long pointed tip; the name “populifolia” suggests a resemblance to the leaves of some species of poplar or cottonwood. The male catkins, which soon release their wind-blown pollen, can be seen hanging in the early spring just as the leaves are beginning to develop, while the female “cones” mature later, then disintegrate to release their seeds.