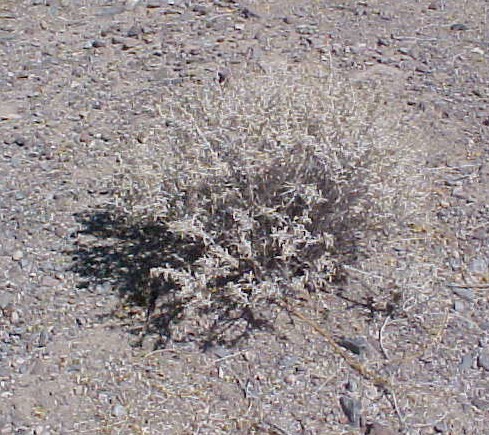 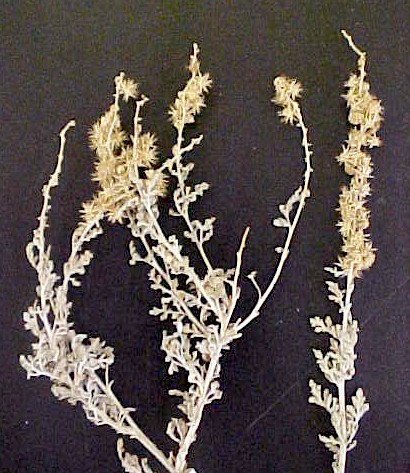 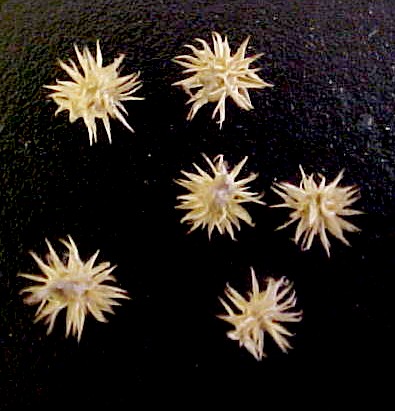 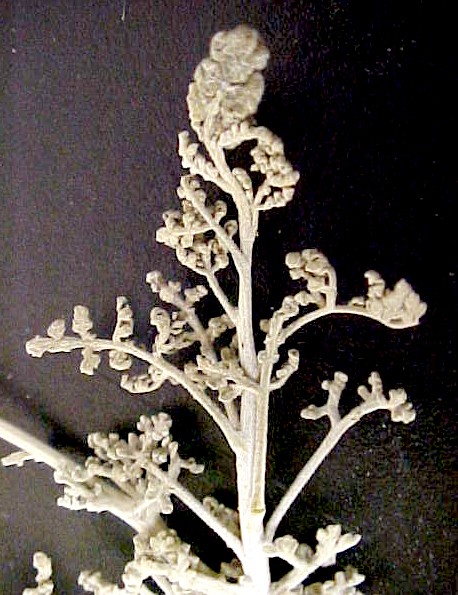 This species, also known as bursage or burrobrush, is a very common low-growing, grayish-white shrub of the Mojave, Colorado, and Arizona Deserts, usually occurring below elevations of 3000 feet on areas of low salinity (and often associated with the much-larger creosote bush). It rarely gets as tall as 24 inches in height. The leaves, up to an inch in length, are bipinnately lobed, meaning that there are lobes on the lobes, and they appear smoky because of the dense covering of tiny hairs that protect against the desert sun. Blooming is usually in the spring, but may occur anytime from late March through November after rainfall. The female flowers, pollinated by wind, give rise to the seeds whose spiny covering allows them to spread by becoming attached to fur or clothing.