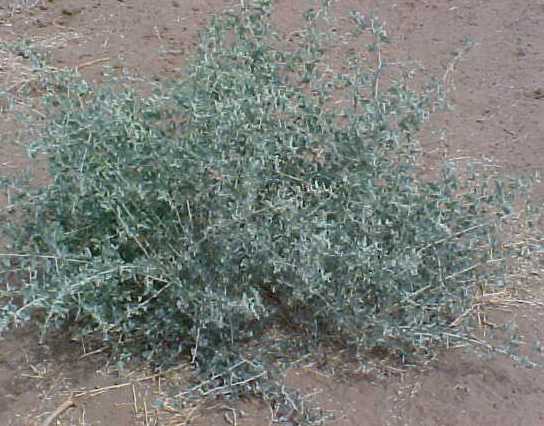 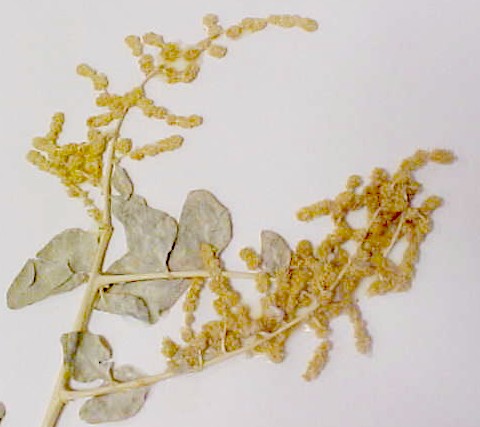 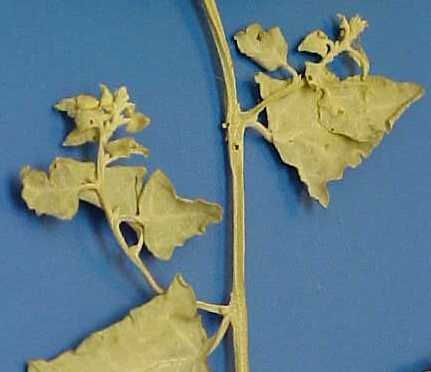 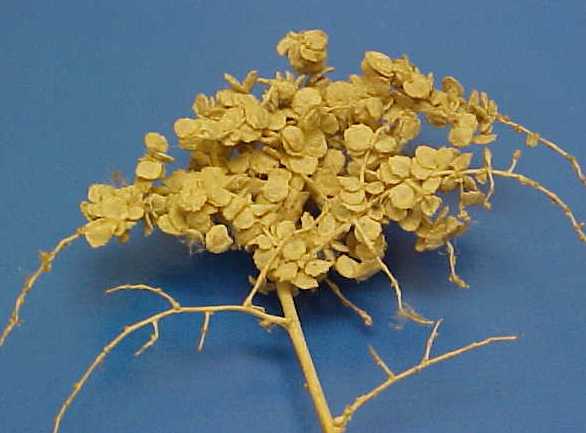 This species, known by several other common names such as big saltbush, is a grayish-green, evergreen shrub usually found in and bordering the Mojave and Sonoran Deserts, below 4500 feet but usually less than half of this. It often lives in dry valleys or at the edges of dry lakebeds, and sometimes it can be found in various salty areas even close to the coast, but all sites are sunny and typically well-drained or dry. It may grow to 9 feet in height but is usually shorter, and it is often wider than tall. The leaves are generally oval and wider at the base, some leaves having “corners” making them almost triangular, and they may range from less than a third of an inch to about 2 inches in length. Blooming usually occurs from June to August, with seeds maturing the next couple months. Female flowers are pollinated by wind from male flowers, which are usually found on the same plants, and fruit are rounded and flattened, being about an eighth of an inch in diameter. This and other species of saltbush are useful as food for both wild animals and livestock.