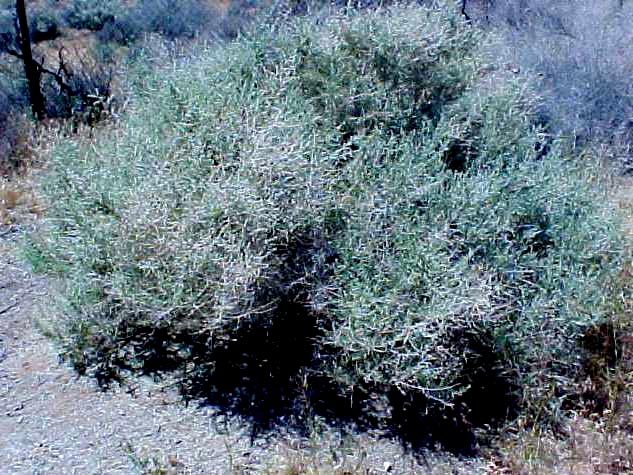 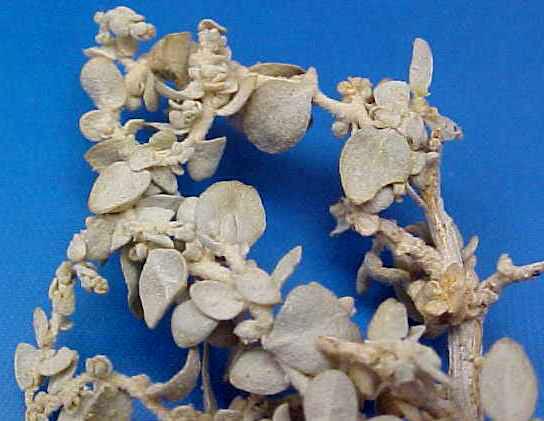 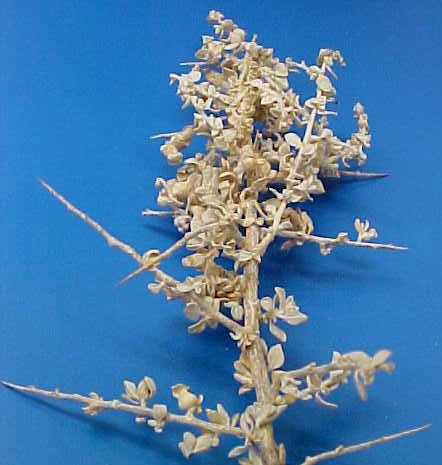 Shadscale is a spiny, grayish-green shrub found throughout much of the western US, occurring from about 1500 feet to at least 6000 feet usually on fine alkali soils. It typically grows to be four feet tall, and may be much wider than tall. The oval leaves may be up to an inch long but many are much smaller. Small twigs often come to a point that is left as a spine after the leaves fall. Blooming occurs during the spring, especially in April and May, and seeds mature in October. The female flowers are pollinated by wind from male flowers that may be on the same or separate plants. Seeds are generally enclosed within a pair of bracts that are less than a quarter-inch in size. In spite of the spines, this species is readily eaten by wildlife and livestock.