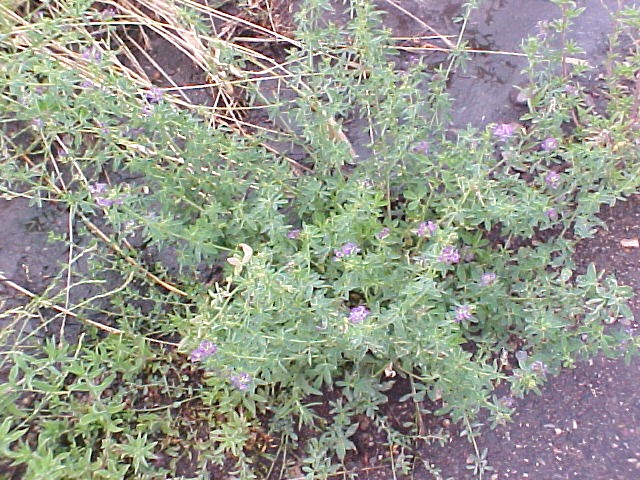 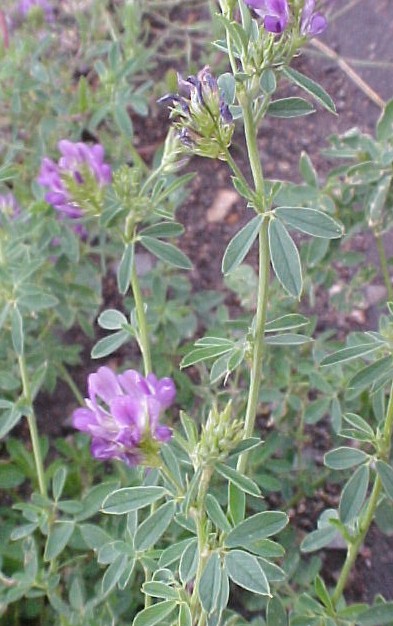 Cultivated and naturalized throughout most of US but uncommon in southeastern region; greatest abundance in north central and western regions

Alfalfa is an herbaceous, perennial legume grown as hay (especially for dairy cattle), to a great extent as forage, and to a lesser degree as a human food (such as fresh alfalfa sprouts) or dietary supplement. As is true of other legumes, it fixes nitrogen in the soil. The plant is capable of reaching about three feet in height, producing clusters of clover-like flowers that are usually purplish but may be of other colors. Because it develops a taproot, it is capable of thriving during midsummer, unlike many clovers. It grows best in deep, moist, fertile soils. It is pollinated by bees. Allergy is normally found in those who work with alfalfa hay.