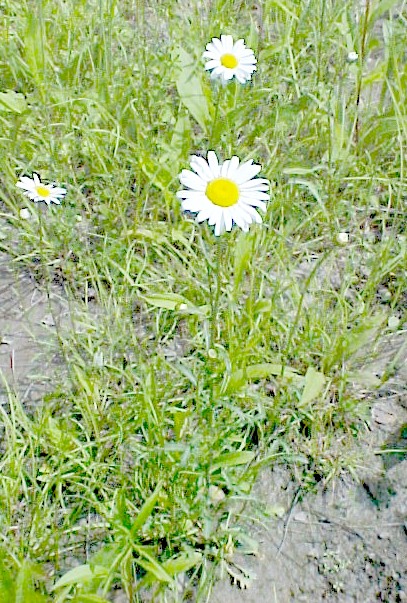 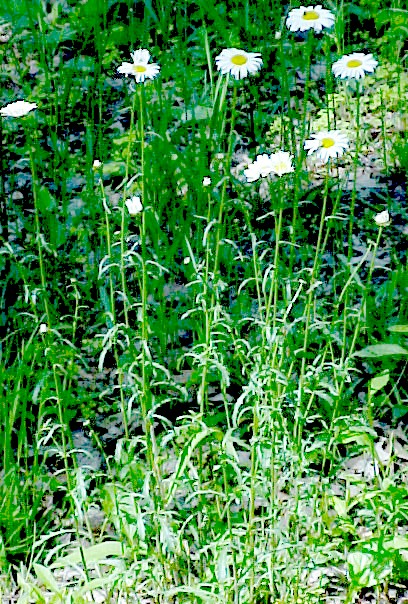 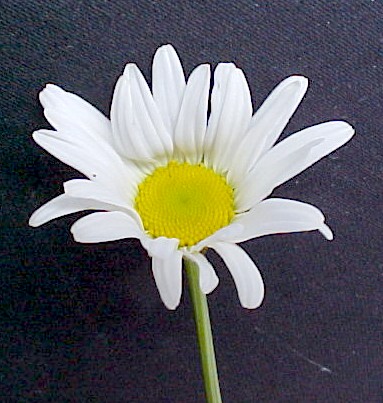 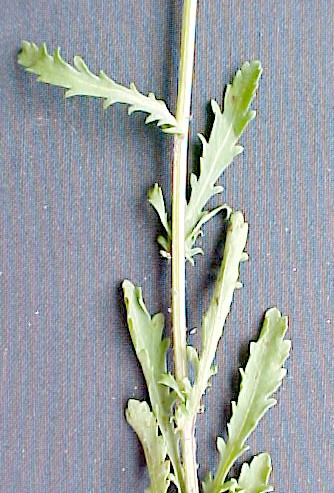 Most of US, especially northern half

Ox-eye daisy is a perennial native to temperate Eurasia and has become established in much of North America. It has been introduced as an ornamental, but essentially all parts of the plant have found use as herbal medicines for various ailments. Although it is occasionally used as fodder, many animals, such as cattle, tend to avoid it, and it has become, for the most part, an invasive weed. A climate having cold winters is required for flower formation. Leaves, particularly those at the base of the plant, are 2 to 6 inches in length, and narrow (about a fourth of an inch wide) with lobes on each side; leaves along the stem tend to get progressively smaller and clasp the stem. The mature plant is about 1 to over 2 feet in height; each flower head, from between 1 and 2 inches in diameter, consists of some 15 to 35 white ray flowers (the “petals”) surrounding hundreds of yellow disk flowers. Blooming is from late May through August, and flower heads are visited by bees seeking their pollen. Ox-eye daisy may cause both contact and inhalant allergy.