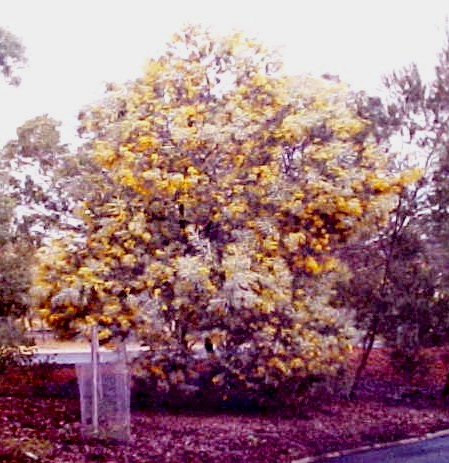 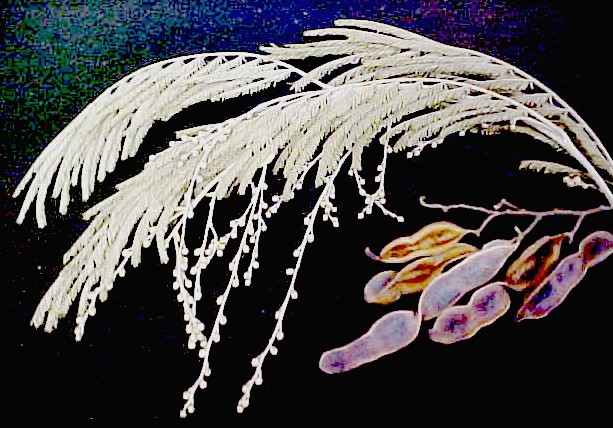 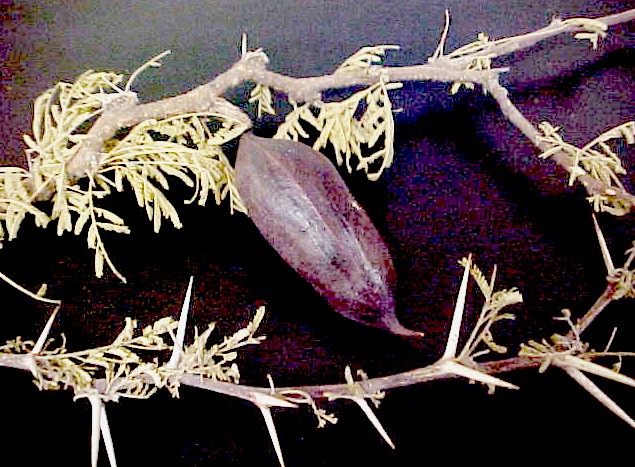 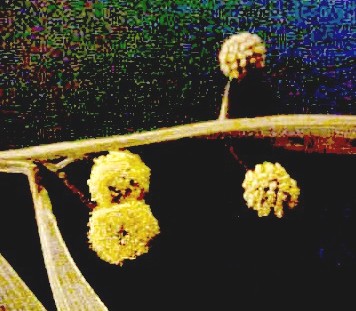 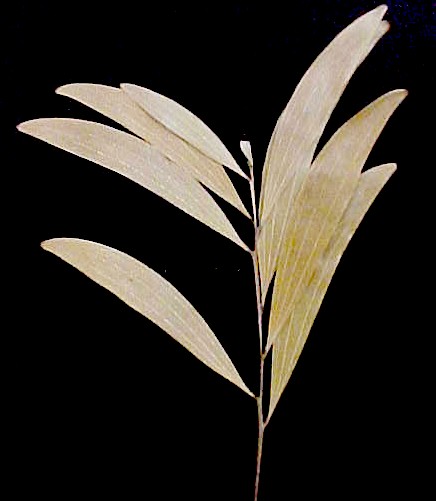 Southwestern US, Hawaii and S FL

There are some 1000 species of acacia in the world, and Australia (where most of them are called “wattles”) and Africa (including the “umbrella thorn” seen in many wildlife photos) account for most of them. There are several species that are native to the US, but the most commonly encountered by potentially allergic patients are probably a few of the Australian species that have become naturalized in California after having been imported for cultivation. Many of the world’s species, such as the Australian A. dealbata and decurrens, have bipinnately compound leaves (i.e., leaflets on the leaflets, making them look like fronds) while others, including most of the remaining species from Australia and the Pacific Islands such as A. longifolia, have no leaflets at all but the leaf “stem” is enlarged and flattened to resemble a leaf; such a structure is called a “phyllode.” Flower clusters may either be in the form of little balls or elongated spikes; these may appear during distinct seasons or all year. Some species, notably those from dry regions, have spines on their twigs; however, these are typically lacking in species having the leaves reduced to phyllodes (although the latter may have sharp points at their tips). As is typical of legumes, seeds are borne in pods that may be twisted or curled in many species.