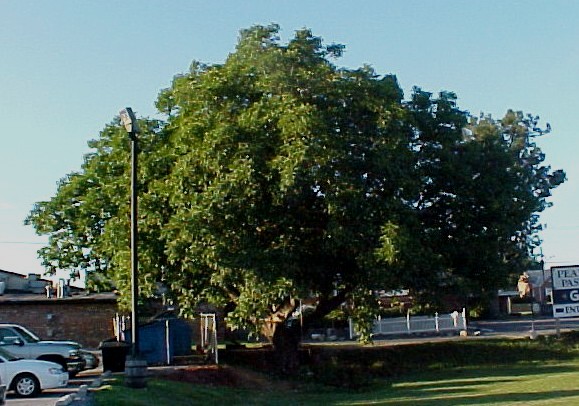 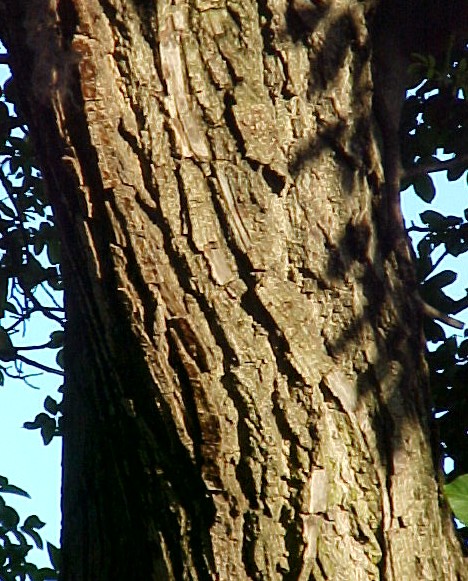 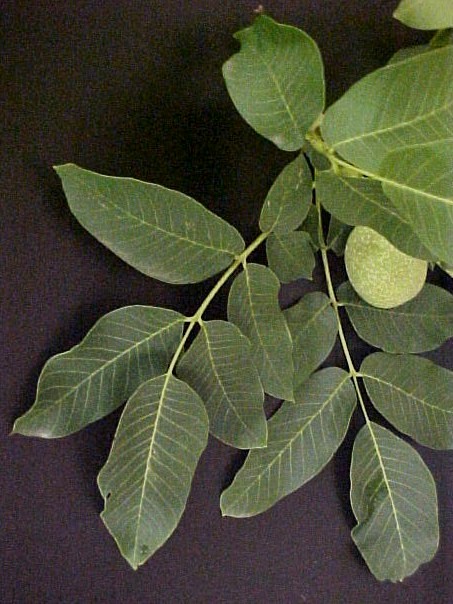 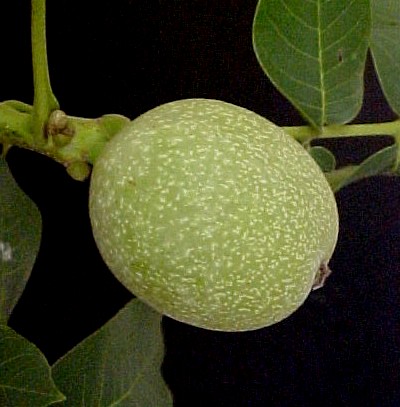 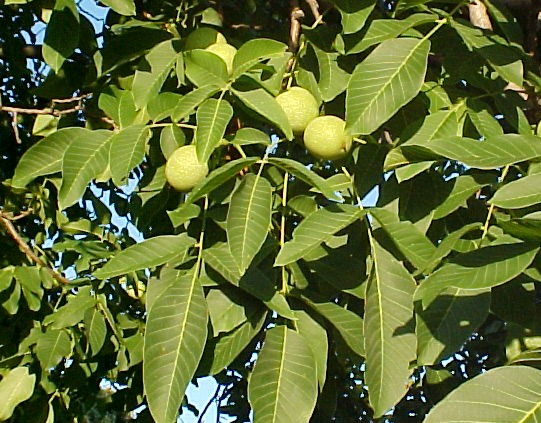 Cultivated in mild parts of US, especially California, parts of Oregon, and some eastern areas but expanding as new hardy cultivars are developed

English walnut (also known as Persian walnut) is native from southeastern Europe eastward through the Himalayan region to China. It grows to be a large rounded tree to some 60 feet in height. Many cultivars have been developed. Its leaves are compound, having from 5 to 9 leaflets with the terminal leaflet usually slightly larger than the lateral ones. As is true of other walnuts, the pith of the mature twig is divided into “chambers.” The trees are monoecious, meaning that the male flowers (arranged in hanging catkins) and female flowers (a few on short spikes at the end of the new twigs) occur on the same tree. The female flowers mature to become rounded fruit about 2 inches in diameter containing the familiar wrinkled light brown nut of great commercial importance.