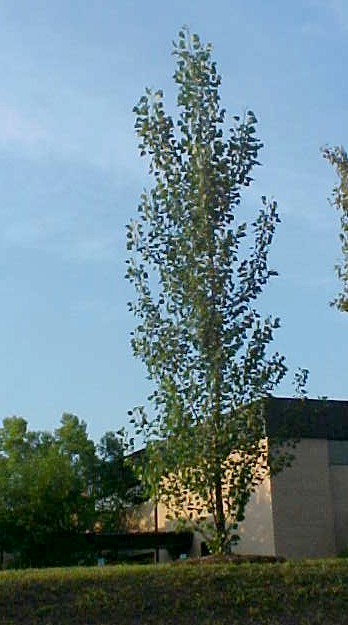 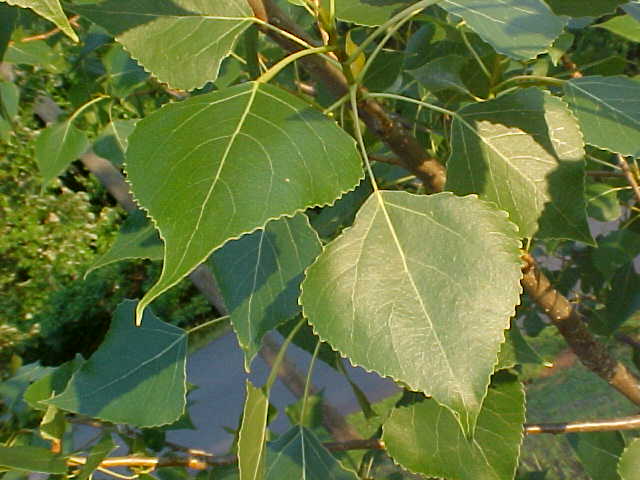 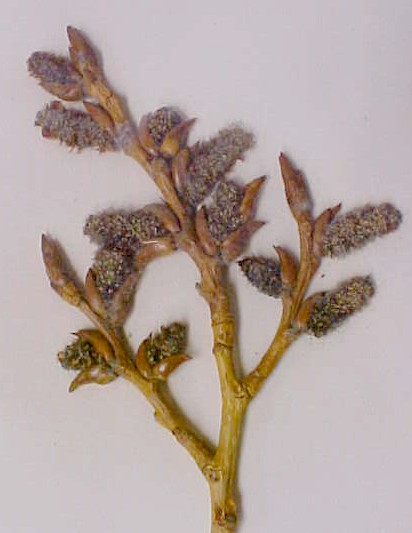 Cultivated and/or naturalized in most of United States

Lombardy’s poplar is a cultivar of the European black poplar that has a characteristic columnar or fastigiate shape. It is a male clone that originated in Lombardy, northern Italy, in the 17th century. Lombardy’s poplar is a fast grower but does not live much longer than a couple decades. This tree may reach 75 feet in height but is seldom more than 10-15 feet wide. Lombardy’s Poplar is a favorite tree for windbreaks because their shape allows them to be planted close together in a row, thus forming a “wall” of greenery, but otherwise they are considered rather undesirable trees for most landscape purposes. The bark is light gray and furrowed. They are very hardy and can be grown in most regions of the United States except that it is likely to be attacked by fungal diseases if grown in warm, humid climates. The shiny bright green leaves, which turn yellow in the fall, have the triangular shape typical of most poplar or cottonwood leaves, and range from about 2 to 4 inches in width.