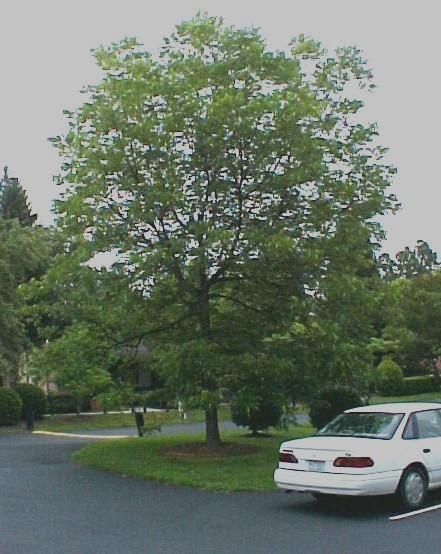 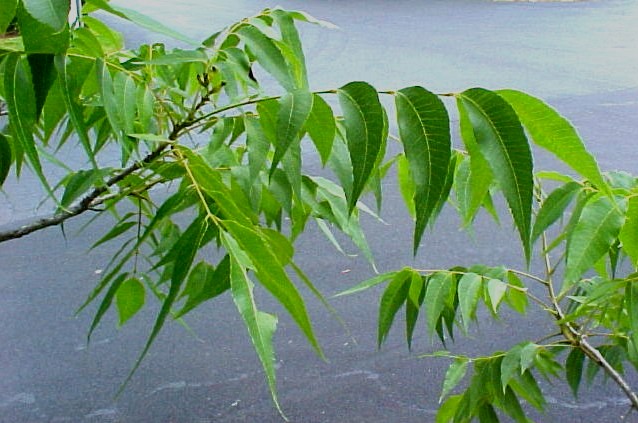 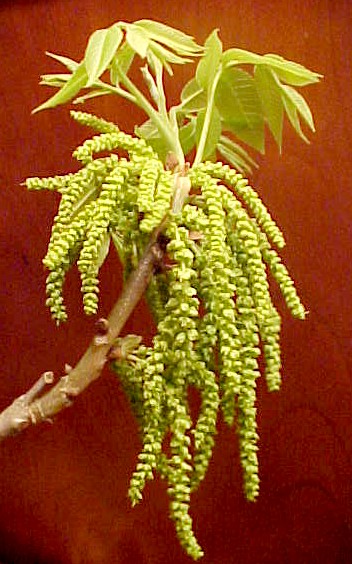 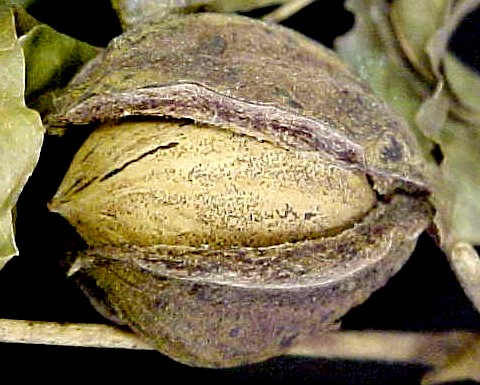 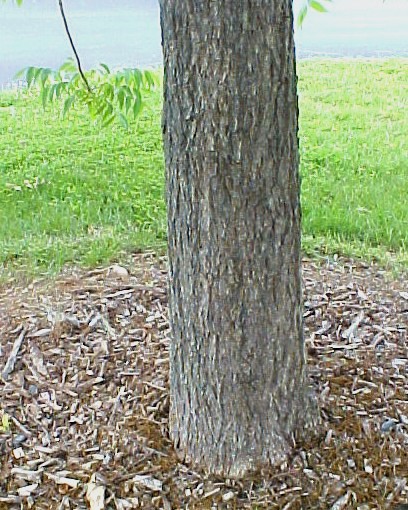 South central US; introduced into eastern US

This hickory is famous for its tasty nuts. As the most commercially important, nut-bearing tree in the US, pecan has been introduced into several eastern states, particularly southwestern Georgia, and other parts of the world. The species has become naturalized in many areas, and many cultivars developed. Its wood is of use in making furniture and other items. Pecan is typically found in rich, moist soils of bottomlands, particularly of the Mississippi River and other rivers that drain into it. The trees can grow to be 200 feet tall in the wild, but cultivated trees usually branch near the base and spread, reaching a fraction of that height. The compound leaves, with their 9 to 17 leaflets, typically exceed a foot in length with the leaflets being 3 to 8 inches long. The numerous male flowers are borne in catkins in the spring near the base of the new growth (often after most other trees have bloomed) while the relatively few female flowers appear near the ends of the twigs. The abundant pollen is spread by the wind. The nuts, usually in groups of 3 to 6, are inside husks that split at maturity and are about 1 1/2 to 2 inches long.