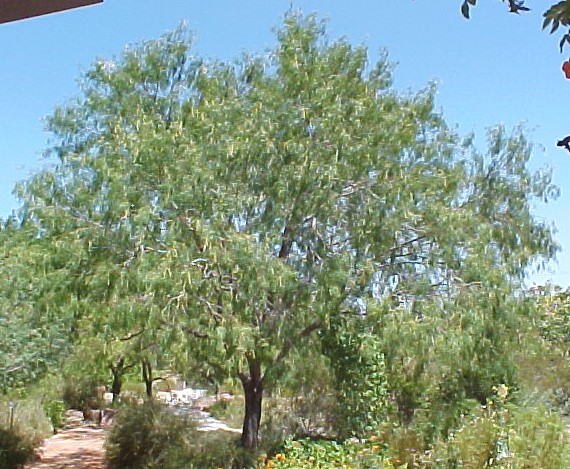 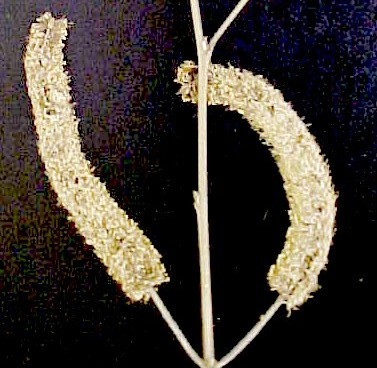 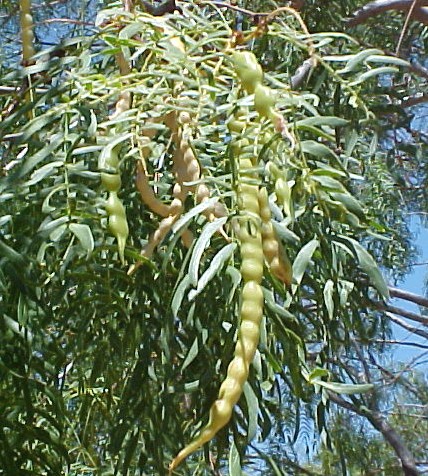 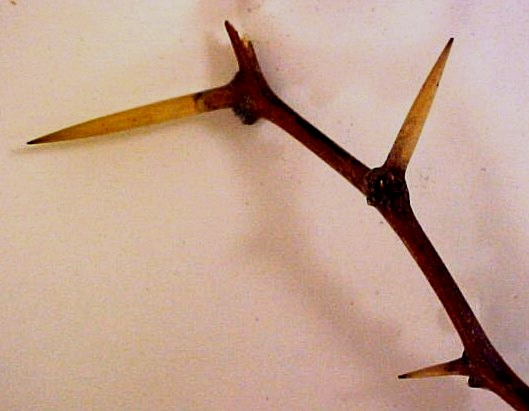 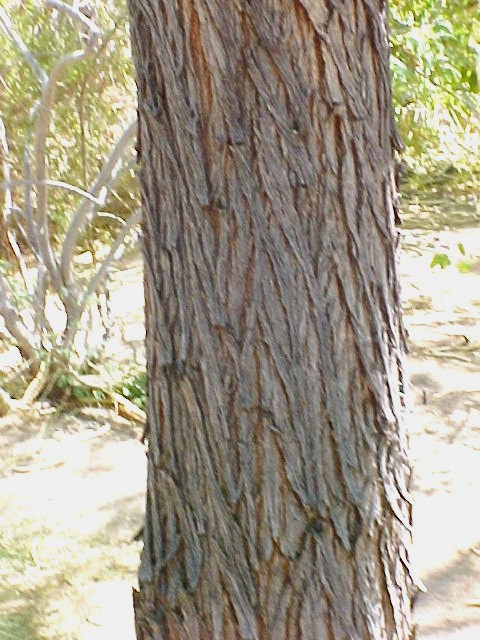 Southcentral and SW US

The species, sometimes called honey mesquite, includes a form called western honey mesquite and covers extensive acreage in Texas and the southwestern US. Its presence in Louisiana and Kansas is due to introductions. It is a large shrub or small tree, occasionally up to 30 feet in height, with a rather thin crown of branches (sometimes spiny, particularly younger, vigorous ones) with pendulant yellowish-green leaves. These leaves, often over 6 inches long, are bipinnately compound; each leaf typically is divided into one pair of leaflets, with each leaflet in turn having some 7 to 18 pairs of “subleaflets,” each being less than an inch in length and about an eighth of an inch wide. The white or cream-colored flowers are in cylindrical clusters about a half-inch in diameter and up to 2 inches long, and their abundant nectar makes them attractive to bees when they bloom in late spring or early summer. Seeds are inside slender brownish-orange “legumes” or pods up to 7 inches long but barely a fourth of an inch in width; while still immature, these are sometimes eaten by people and animals, including wildlife.