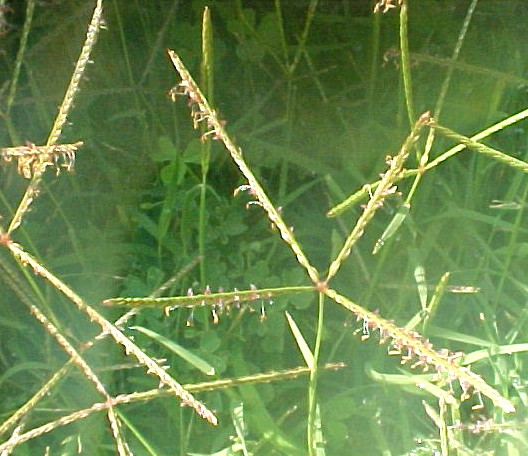 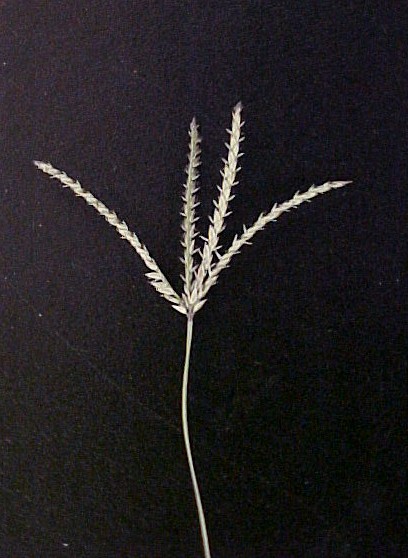 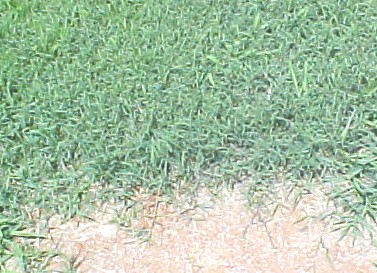 Southern half of US

This grass, which is native to the savannas of eastern Africa, has been introduced and established in much of the world, including Bermuda from where it is thought to have been brought to the United States. It is commonly grown in warm areas of the US for use in lawns and pastures, but may become an invasive pest. However, Bermuda grass is a favorite for golf greens because its dense growth resists foot traffic and it can be maintained even when mown very closely. It is a perennial species spreading by roots, nodes of runners where they touch the ground, and by seed. Although it makes best development in warm humid areas, it can tolerate drought by becoming dormant. Bermuda grass has short narrow bluish-green leaves that turn brown during cold weather, being a “warm season” grass. The purplish flowering stems can grow over a foot tall, but are typically much shorter, and usually have about 4 to 6 fingerlike seedheads. Allergenically, it is considered one of three “Southern grasses,” and while it is moderately cross-reactive with salt grass, it demonstrates low cross-reactivity with most other grasses.