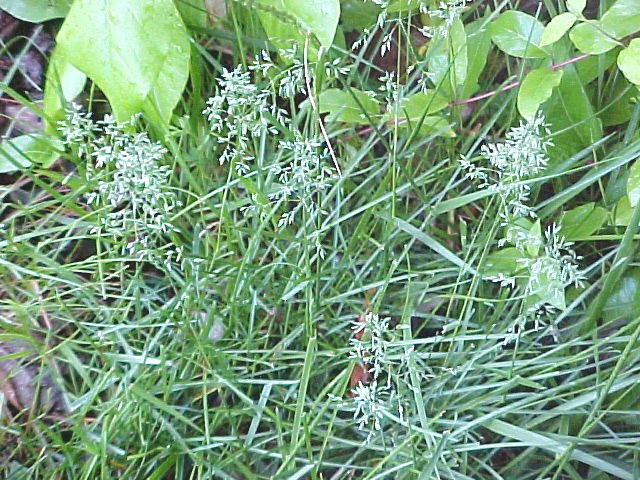 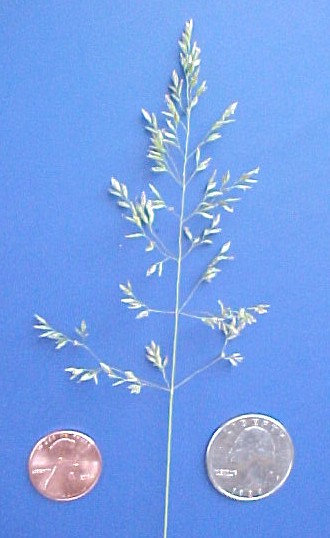 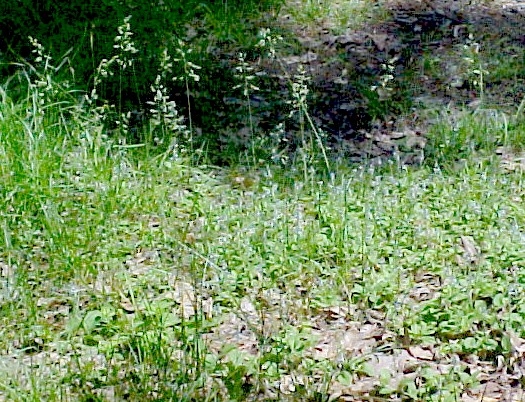 Throughout US except peninsular Florida, south Texas and most of intervening Gulf Coast; absent from some hot desert areas

Kentucky blue grass, also known as June grass, was introduced from Europe and is naturalized throughout most of the US, although it is possible that some populations are also native to North America. Its rather bluish-green leaves have resulted in the name "Bluegrass." This species is common in the region of Kentucky famous for its horse farms, where it is common in pastures. It can be established using either seed or sod, and it may grow to be as tall as 24'' although in lawns it may mature to only 6''. Leaves tend to have “boat-shaped” tips (that is, resembling the hull of a boat). Blooming of the pyramid-shaped inflorescence is primarily during mid spring. During warm summer weather it becomes dormant, but it resumes growth with cooler autumn weather. It grows best in cool, humid climates in rich soil not prone to drought. This is considered to be one of the most important allergy-causing plants and cross-reacts with many other species of grass.