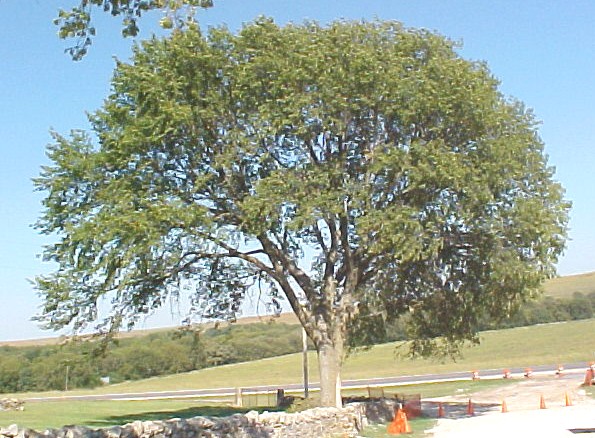 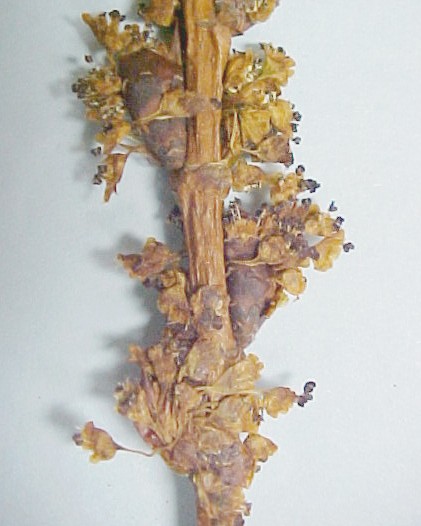 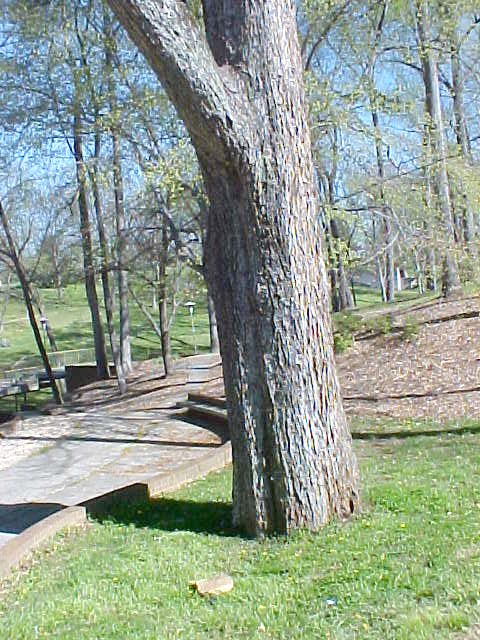 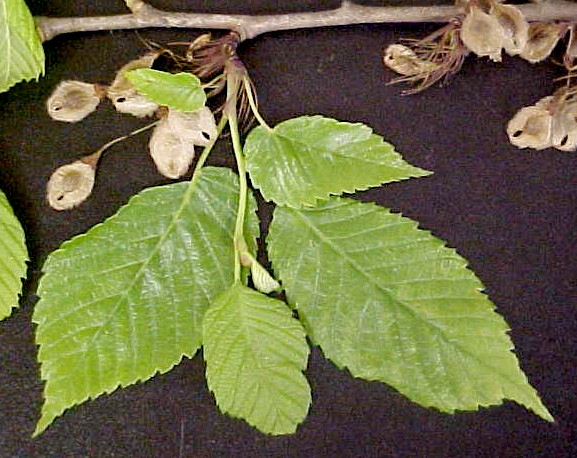 The American elm is a very widespread medium-sized or large tree typically found in floodplains, ravines, and other moist areas, often following rivers far westward into otherwise mostly treeless areas. It is one of the most important North American trees because of its abundance throughout a wide range, its importance as food for wildlife, the uses for its wood, and its aesthetic qualities as a shade tree. Unfortunately, the introduced fungus that causes Dutch elm disease has destroyed a large number of American elms. Mature trees have a characteristic vase shape caused by the splitting of the trunk into several large branches, and smaller branches are typically weeping. The alternate deciduous leaves are asymmetrical and pointed, with a double row of teeth along the margins. The flowers are produced in the early spring, and the flat fruit, oval in shape with a notch at the ends, contains one seed and ripens and falls later in the spring. The pollen is dispersed by wind.