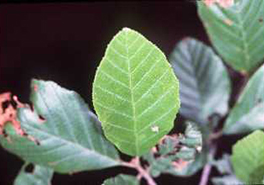 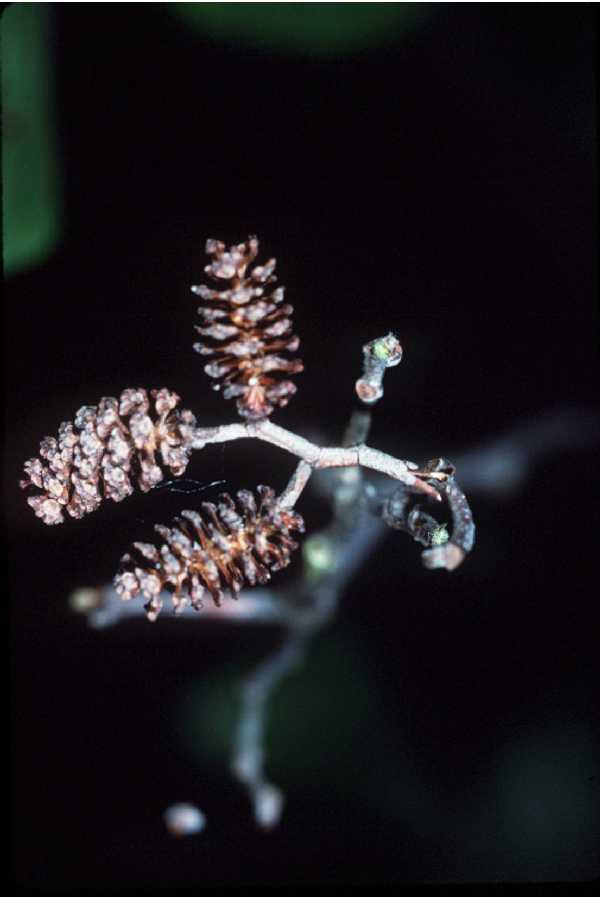 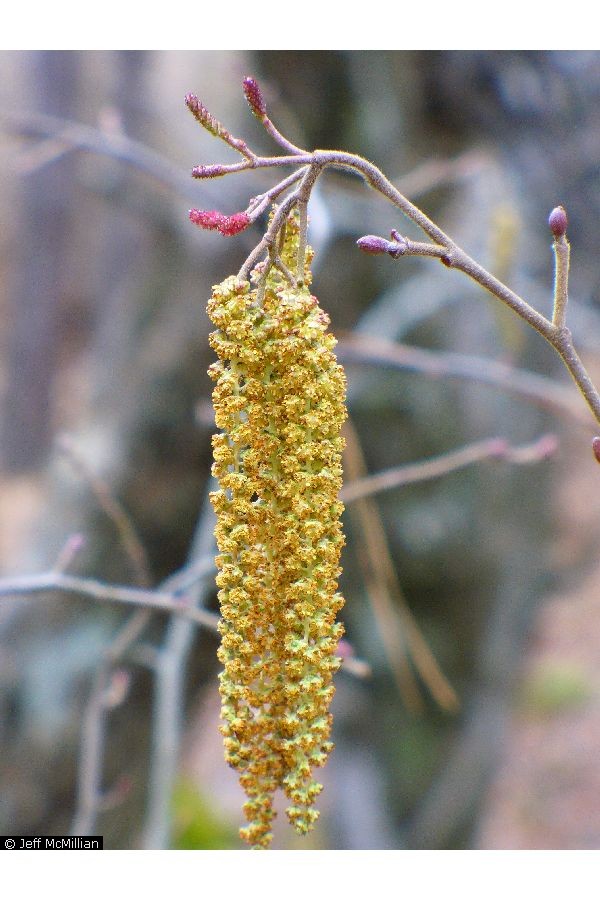 This species, commonly seen along stream banks and other moist areas at low elevations of the southeastern US, is also known as tag/smooth alder. It is a large shrub or small tree. Leaves are about 2 to 4 inches long and somewhat more than half as wide, with a wavy margin and fine teeth. Male catkins mature in the spring, and after releasing the wind-borne pollen, they fall off. Female catkins appear around the same period but ripen into small cones (a half-inch in length or less) later in the season.