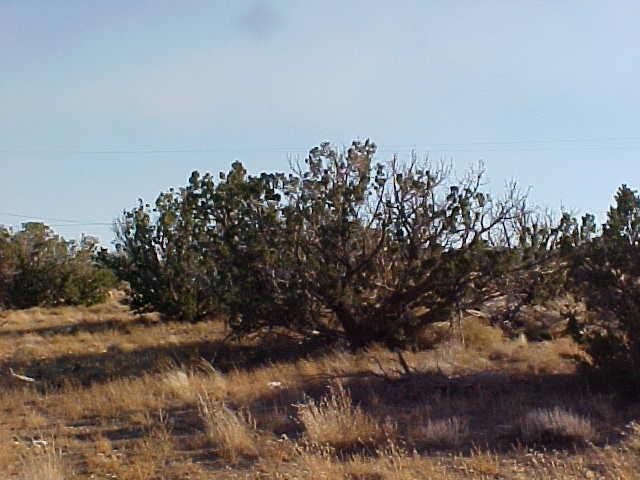 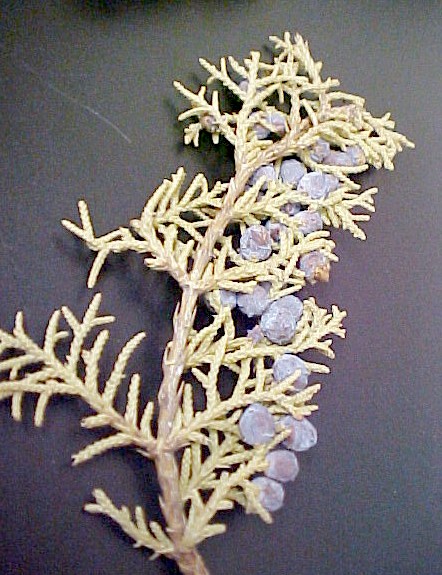 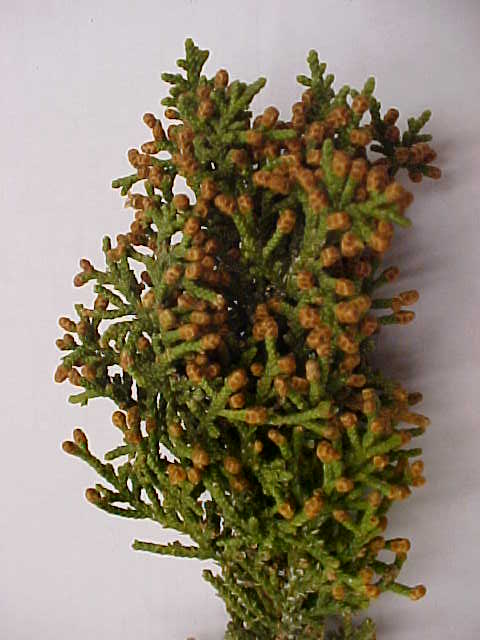 This species has a wide distribution in the interior Southwest, centered in New Mexico where it forms extensive woodlands with pinyon pine and wavyleaf oak, but mingling with other species closer to the edges of its range. It grows mostly above the grasslands and below the ponderosa pine forest, ranging from 3000 to over 7000 feet in elevation. It can be found growing on plains, plateaus, and hilly areas within its range, sometimes occurring on rocky breaks within the plains such as in extreme western Oklahoma. Oneseed juniper has tiny, blue-green leaves reduced to scales, similar to those of many other species of juniper. It gets to be a large shrub or small tree, rarely over 40 feet in height. It blooms in early spring from tiny but numerous pollen cones and female cones, formed on separate trees, resembling dark blue or coppery-colored berries and contain only a single seed. The abundant pollen is carried by wind. This species is rarely cultivated.