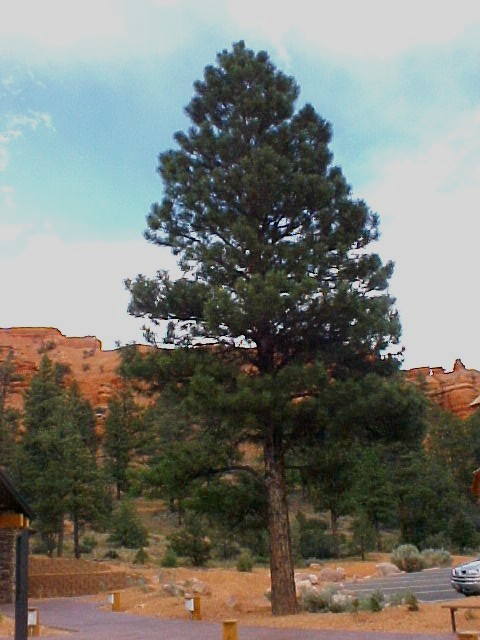 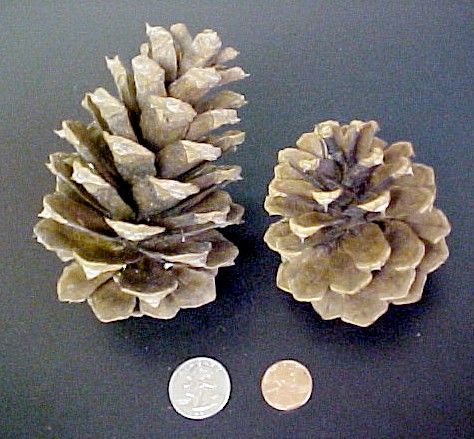 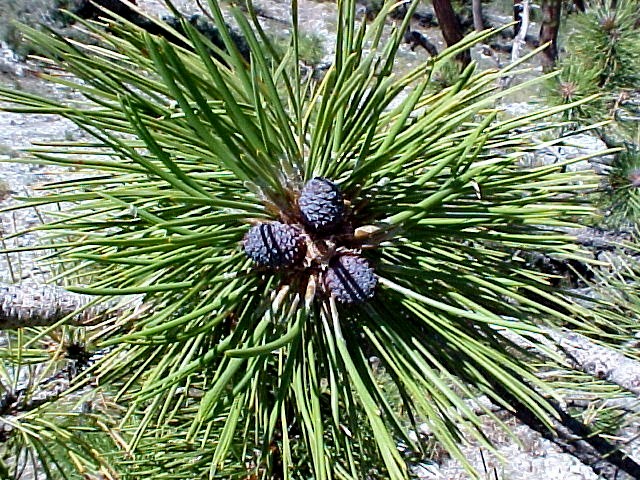 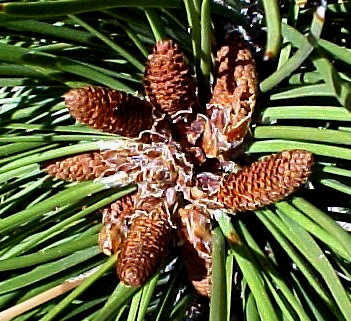 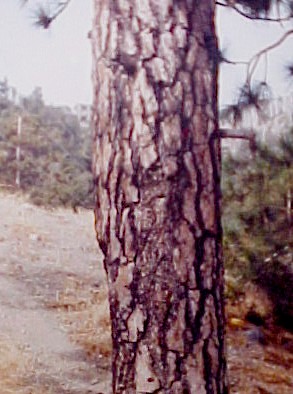 This tree is occasionally called western yellow pine. Although it is widely distributed in the western half of the US, there are many areas within this range where the species is lacking. Larger specimens are tall, narrow trees growing to well over 100 feet with a trunk that may exceed 4 or 5 feet in diameter, and the pointed top may become somewhat flattened. The bark is reddish-brown and plated, with smaller sections shaped like jigsaw puzzle pieces often falling off. There are at least two different races of this species; trees in the western part of its range, such as in California, tend to be much taller with longer leaves than those from the eastern part such as in the foothills of the Rocky Mountains. Although somewhat variable, the dark yellow-green leaves are usually in groups of three and range from about 4 to 8 inches in length. The abundant wind-blown pollen is released from tiny male cones in the spring, and the female cones, purplish when immature, grow to about 3 to 5 inches long and about 2.5 to 3 inches wide.