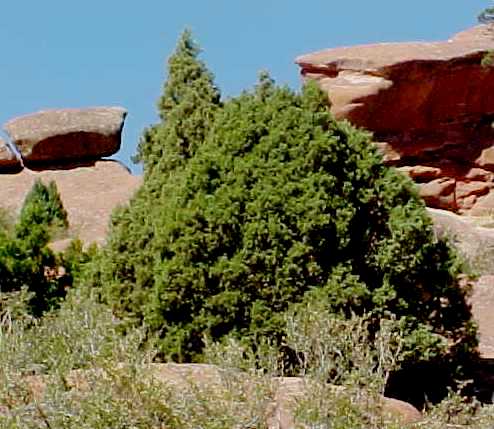 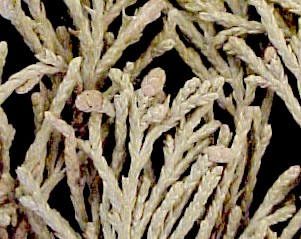 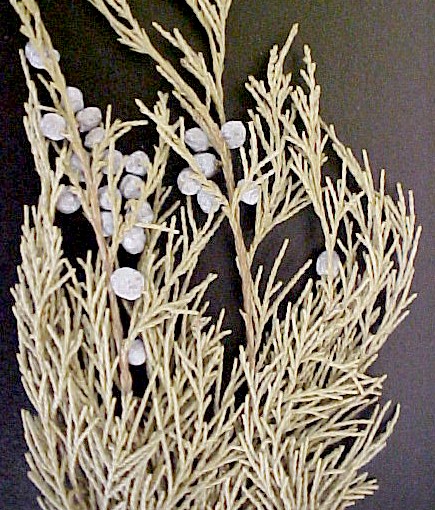 Rocky Mountain juniper is most abundant in the Rocky Mountains as the name suggests, but it has a spotty distribution in many other areas from well within the Great Plains to the Pacific Northwest and eastern Great Basin. It is the western vicariant of the eastern red cedar and sometimes hybridizes with it where the ranges meet in the northern plains. This large shrub or small tree (less than about 50 feet in height) occupies the lowest wooded zone above grasslands and generally below the pine forests. It may range from sea level up to some 9000 feet in elevation. Trees vary considerably but often have a pyramidal shape. The leaves typically resemble small scales. The tiny male cones are usually produced on separate trees from the bright blue berry-like fruit, which ripens after two seasons. The abundant pollen is carried by the wind.