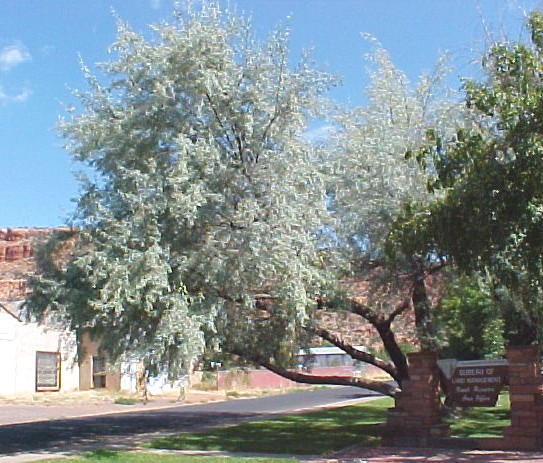 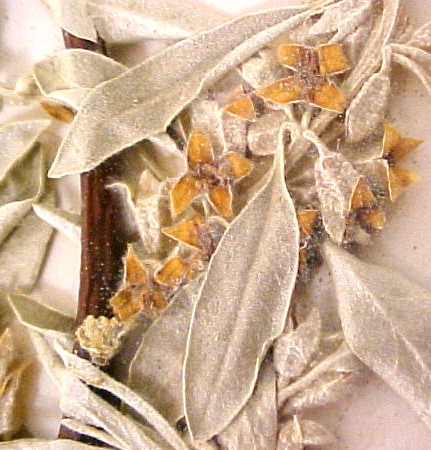 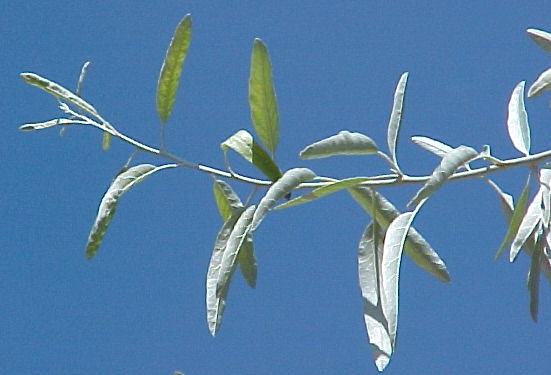 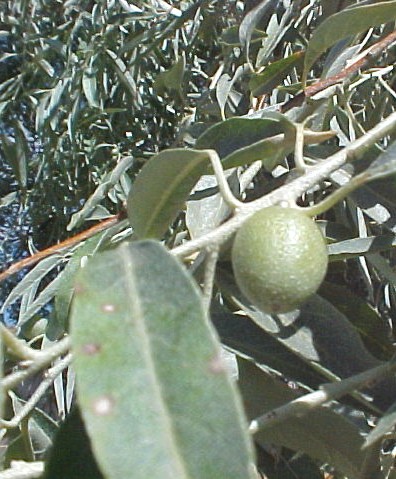 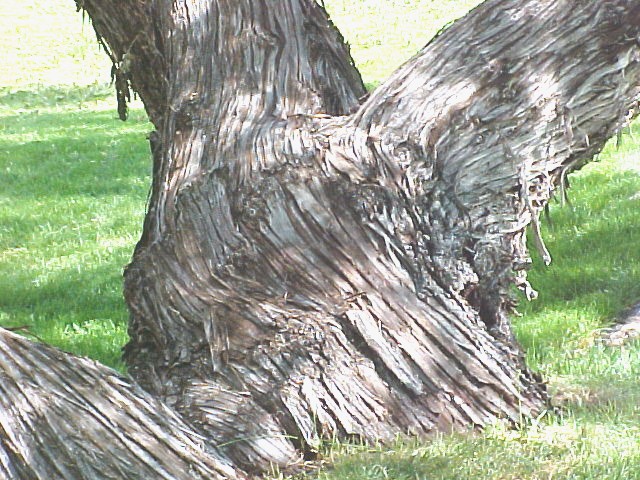 Most of US except for southeastern area from Arkansas and Louisiana eastward to North Carolina and Florida, although uncommon in remaining eastern US

Russian olive, also known as oleaster, is native to southern Europe and central Asia. It is a shrub or small tree that was introduced to North America as an ornamental and windbreak for the north central part of the US, and may grow to 25 feet in height and of similar breadth. It is extremely hardy, thriving in severe continental climates, and the silvery hairs on the young twigs, buds, and undersides of its leaves make it an attractive species. However, its hardiness has served to make it invasive and weedy, especially along watercourses of the Great Plains. The leaves are usually from about an inch and a half in length to almost 4 inches, but less than a third as wide; they remain on the tree until late autumn. Branches may be somewhat thorny. Older twigs are chocolate brown in color. The small cream-colored flowers appear in the spring and have a strong fragrance, and the small fruits (about a half-inch in length) mature in the autumn.