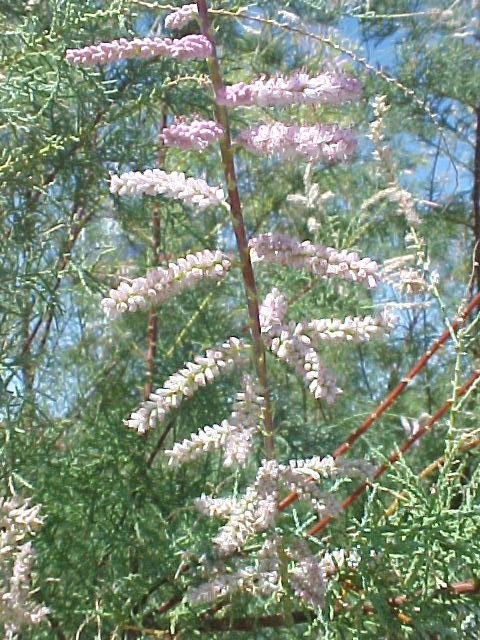 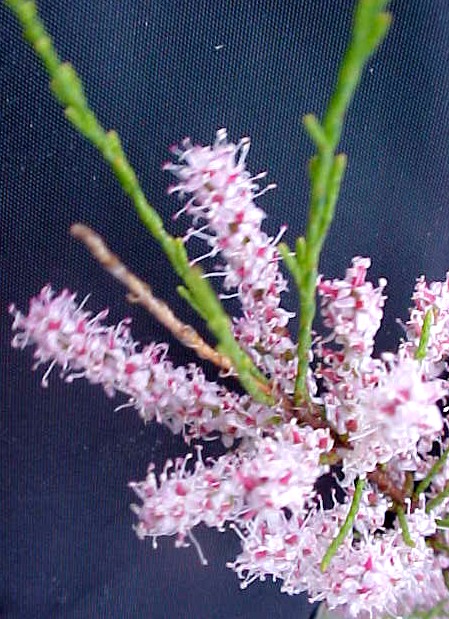 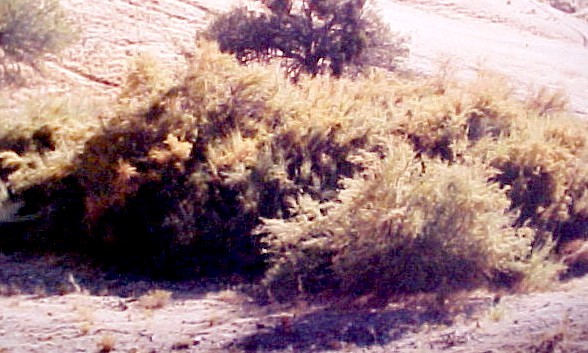 Tamarix or salt cedar, of which several very similar species are naturalized in the US, was brought from southern Europe to establish windbreaks, stabilize streamside soil, and use as a flowering ornamental shade tree. It is occasionally cultivated in the eastern US. This small tree is not a true cedar; rather, it is a deciduous “hardwood” whose leaves are so small the foliage resembles that of a juniper. Salt cedar has become an aggressive streamside weed known for its ability to take up large quantities of water from the soil because its roots can grow deep to exploit ground water and grow laterally to absorb water from relatively dry soil. Because this species can exude salt crystals from its leaves, it can grow in areas too salty for most other plants; the falling foliage tends to increase the concentration of salt in the soil beyond that tolerated by native vegetation. Salt Cedar seldom grows to be taller than about 25 feet, more often being a large shrub, and it may be found as high as 7500 feet. The tiny insect-pollinated flowers (intensely visited by honey bees and a source of honey), which grow in racemes resembling catkins, are usually pink to white and typically bloom from about April to August, depending upon location.