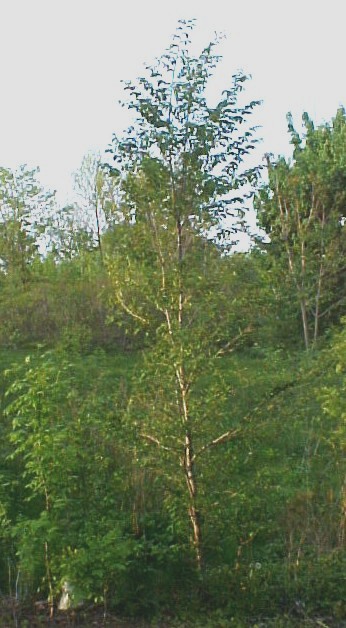 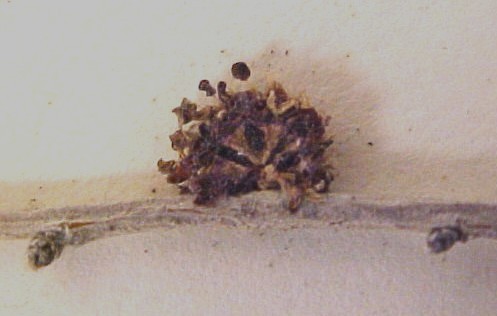 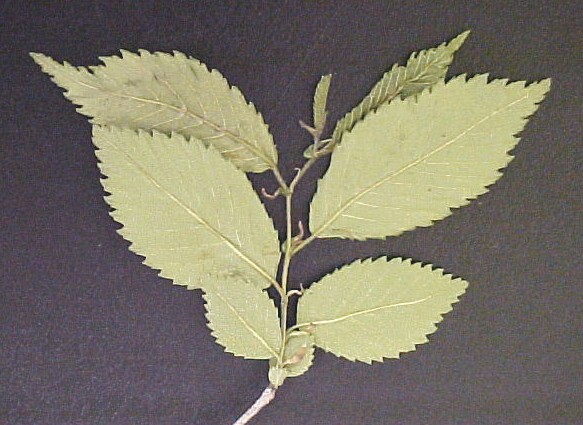 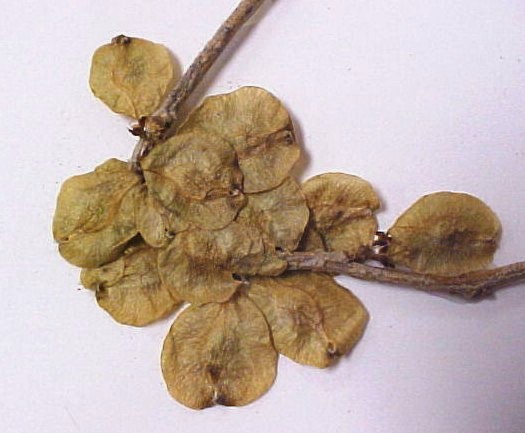 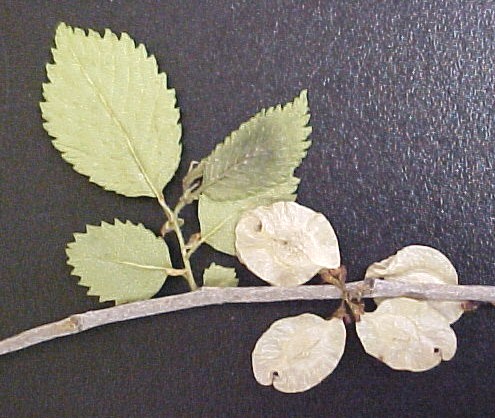 Most of US, with greatest concentration in region northward from Arkansas and Utah

The Siberian Elm is a medium-sized, quickly growing tree introduced into North America during the 1860s from northeastern Asia because of its ability to withstand the extreme winter cold, summer heat and drought typical of continental climates, such as that found in much of the north central US and adjacent Canada. It is sometimes used as a windbreak. However, this adaptability has enabled it to become an invasive roadside weed, establishing itself in pastures and prairies as well. It resists the Dutch elm disease that affects native elms. It gets to be as tall as 60 feet, with a rounded crown. The alternate deciduous leaves, usually from about 1 to 2.5 inches long, are slightly asymmetrical at the base and pointed, lighter green underneath than above, and having a row of teeth along the margins. The flowers are produced in small clusters in the early spring, and the flat, round fruit, about a half-inch in diameter, contains one seed that ripens and falls later in the spring. Pollination is achieved by wind.