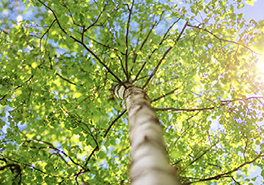 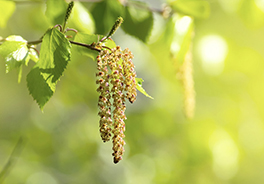 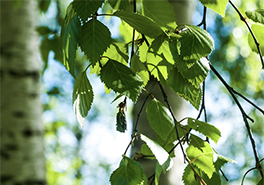 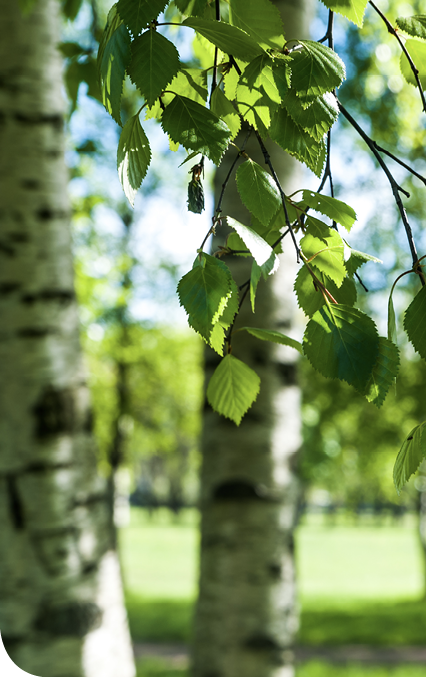 North Dakota southward to Nebraska,
Colorado and New Mexico westward to California,
California northward to Washington through Alaska,
Absent in most of the Midwest and Eastern US

Spring Birch is common in river woodland areas, often occurring in narrow bands along rivers, though they can be found well into sagebrush flats. It is a deciduous tree, growing up to 33 feet. The bark is distinctive and red-brown to blackish and smooth. The twigs are lightly hairy. Spring Birch leaves are alternate, oval shaped, thin, and firm. The leaves are approximately 5 inches long and slightly less wide, broadest just below the middle. The flowers are wind-pollinated catkins, and the fruit is composed of winged seeds packed between the catkin bracts. The Spring Birch flowers bloom in late spring. Fruit is typical in August, and seeds disperse from fall through the following spring. Spring Birch is closely related to other birch species, and its pollen is highly cross-reactive with White Birch, Yellow Birch, Black Birch, and Paper Birch. It is also cross-reactive with Alder species and Hazelnut.