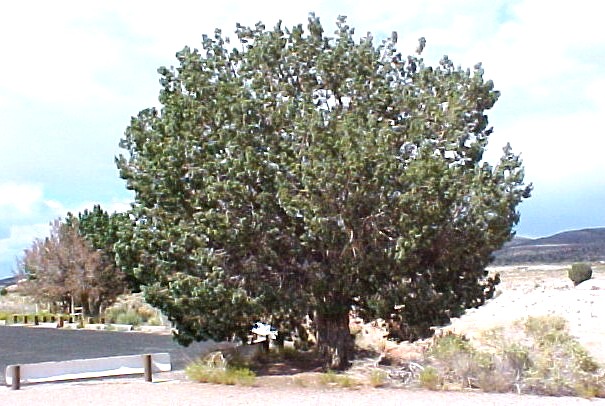 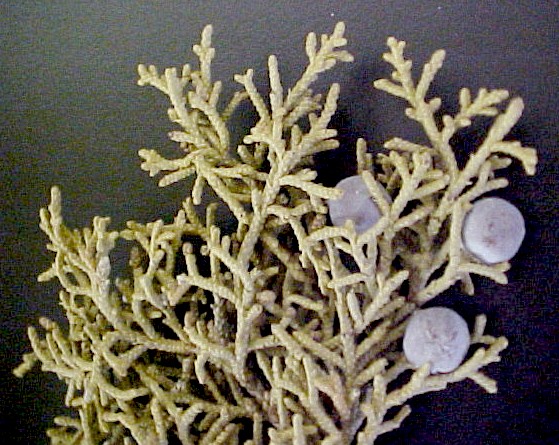 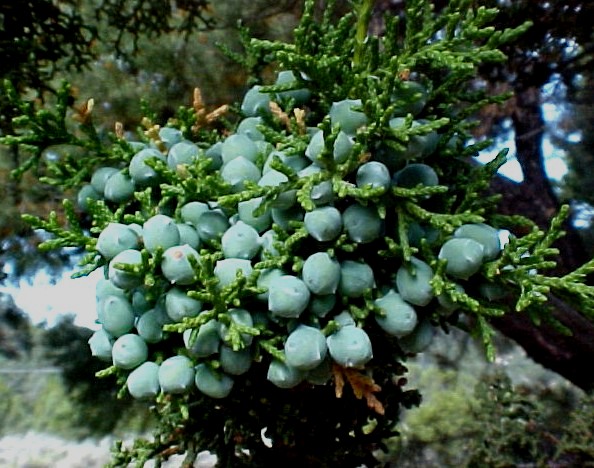 Utah juniper is the most abundant and widespread juniper between the Continental Divide and the Sierra Nevada, and is the only juniper in most of the Great Basin. In the eastern part of its range, it is likely to be associated with such species as Colorado pinyon and gambel oak, but in the western regions oneleaf pinyon is likely to be the common associate. This large shrub or small tree (less than 30 feet in height) occupies the lowest woodland zone above open stands of common sagebrush and below forest trees such as ponderosa pine. It is found from around 3000 feet to over 8000 feet. The leaves typically resemble small scales. The tiny male cones are usually produced on separate trees from the berry-like fruit, which ripens after two seasons and has a mealy texture. The abundant pollen is spread by wind.