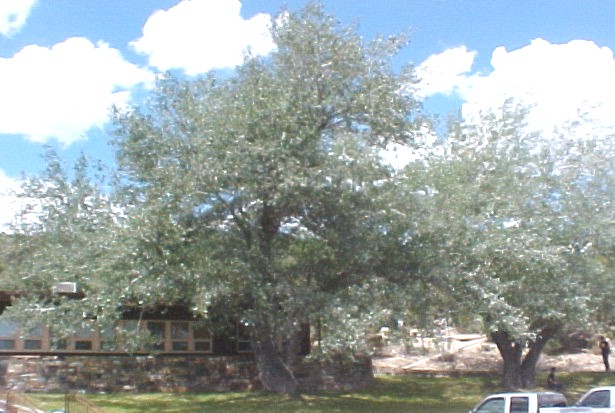 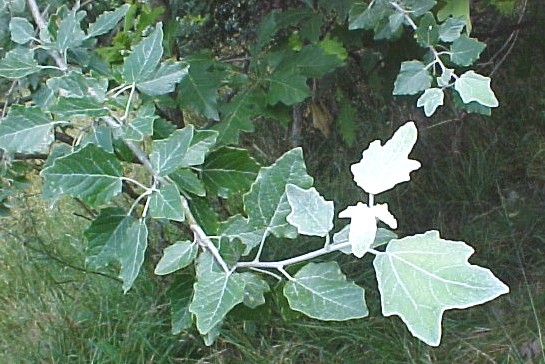 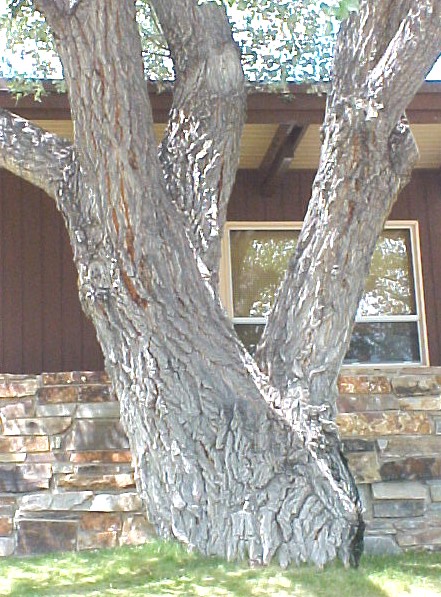 Cultivated and/or naturalized in most of United States

White poplar was brought to North America during colonial times from Eurasia for the ornamental qualities of its rather shallow-lobed leaves, which are dark green above but whitish on the undersides. Although this species becomes a medium-sized tree, it tends to spread aggressively by means of suckers arising from the roots, thus producing a “grove”; for this reason it is considered weedy, especially in the eastern part of the US. On young trees the bark is smooth and greenish-white but on mature trees it becomes grayish with distinct ridges. The male flowers, borne on catkins, are formed in the early spring before the leaves develop and they release their wind-borne pollen; the female catkins (on separate trees from the male) develop seeds after fertilization. As is true of all members of this genus, fluffy down is attached to the seeds that are produced in the spring soon after pollination. These seeds are released in late spring or early summer, each blown about due to its attached “cotton.”