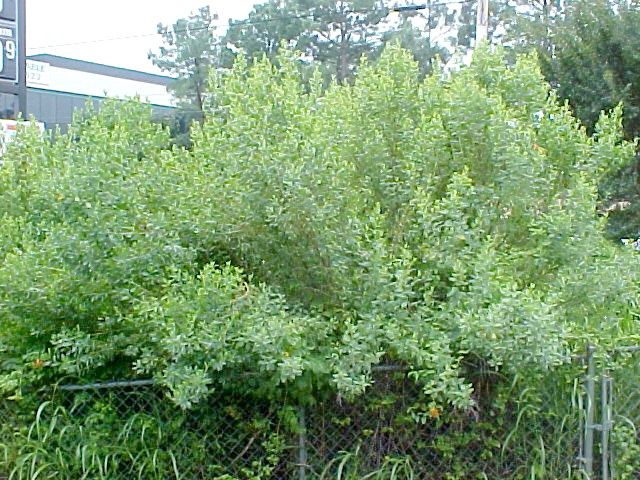 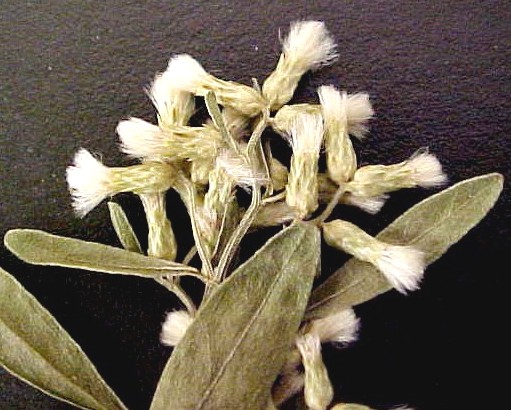 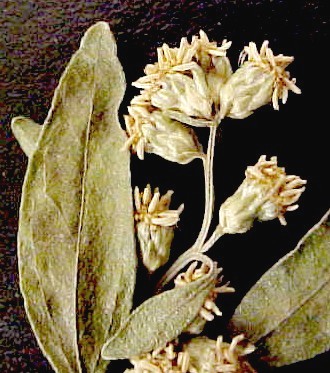 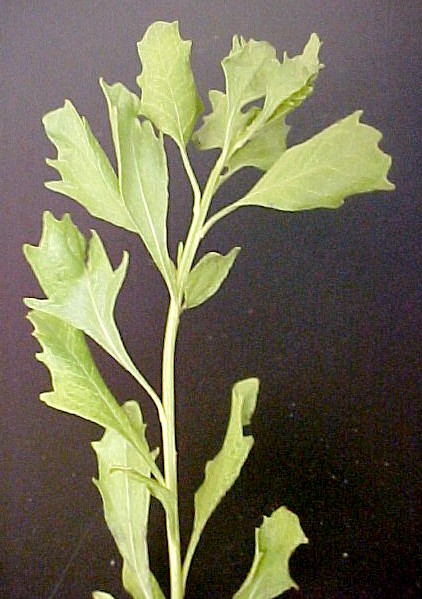 There are many species of Baccharis, and there are various common names for individual species such as “groundsel tree,” “desert broom,” and “seepwillow.” Most are large shrubs rather than small trees. They are typically found in moist settings—the western species more closely follow watercourses and moist ditches than the eastern species, the latter being more widespread within their ranges, finding much of the coastal plain and lower Piedmont suitable habitats. The usually whitish male and female flowers are always found on separate plants (that is, the species is dioecious). Although various insects pollinate the flowers, considerable pollen may get into the air to affect allergic patients. Blooming generally takes place in the fall, and the female flowers ripen their seeds that are blown about with the aid of bristles. The white clusters of mature seeds may be very conspicuous on the male shrubs before dispersal.